Martin Ssempa of Kampala wanted to make a loud and
clear statement that tough penalties are needed against
homosexuals in Uganda. So, he decided to show graphic
images of people having hardcore gay sex (that he had
downloaded off the internet) to an invited audience at a
press conference that included his two sons. Most of the
audience walked out, some of them in tears.

COMMENT: Ah! The old "I downloaded it to see what

we are up against" defence. Pete Townsend used that one
- quite successfully if I remember right. 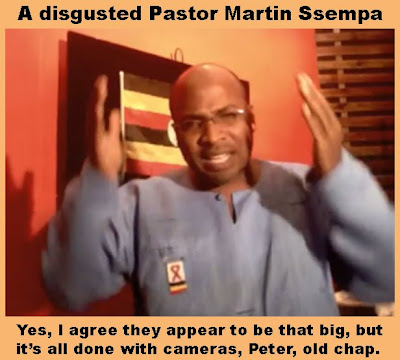