Of course, the title is just a joke. I am sure (as sure as I am that there will always be a Church of England) that there are not spin-doctors working out of Lambeth brokering voting deals so that they can push through their boss's own agenda more easily.

Bishops and senior clergy will debate at next month's General Synod whether the Church should provide same-sex couples with the same financial benefits as are awarded to married couples.

Traditionalists have expressed strong opposition to the move, which they claim would give official recognition to homosexual relationships. They warn that affording equal treatment to heterosexual and homosexual couples would undermine the Church's teaching on marriage. Liberals believe that the motion, to be unveiled this week, could be a major breakthrough in securing rights for gay clergy.

At present, the Church bars clergy from being in active gay relationships, although it bowed to pressure to allow them to enter civil partnerships on the condition that they are celibate. 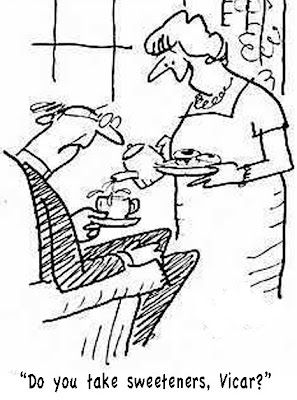