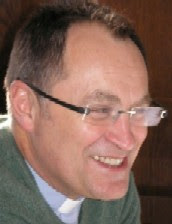 This is a recording of MadPriest's archdeacon and some bloke from the UNITE union talking about clergy bullying on Radio Newcastle this morning.

The archdeacon does a reasonable job of the interview, bearing in mind that if he said anything negative about the bishop he would probably end up in a victim support group himself. Also, and I've said this to his face, he comes across as incredibly nice and I'm not convinced that he realises just how nasty and conniving not nice people can be. But, overall, I've known a lot worse and he doesn't say anything here that patronises the parish clergy, as some of the "senior staff" in other dioceses have done this week. Also, he wasn't in the diocese, seven years ago when certain people tried to persuade me to resign because I had been poorly and he was not one of the people who forced unfair terms of employment on me (unfair according to the legal department of the Disability Rights Commission). And, contrary to popular opinion in some quarters, people don't have to earn my respect - they get my respect from the off and keep it unless they let me down big time.

Perhaps when Bishop Alan is Archbishop of Canterbury I'll persuade him to give my archdeacon a cushy job as one of his suffragans or something.

Unfortunately, my archdeacon doesn't always realise when I am joking so there is the possibility that this will be my last post having been "taken out" by a diocesan hit man - and I don't mean down the pub.