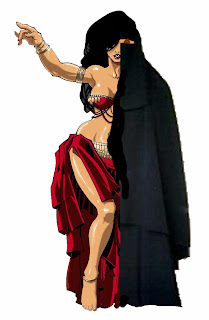 I think that historically, in all cultures, men have tried to force women (other than prostitutes) to dress in such a way as to hide their sexuality and it is women who have recently forced other women to emphasise their sexuality through their dress. However, feminists often claim that it is men (in general) who are forcing women to doll themselves up, diet etc. But other than the fact that some men attempt to make money off women forcing women to objectify themselves, the problem is not men.