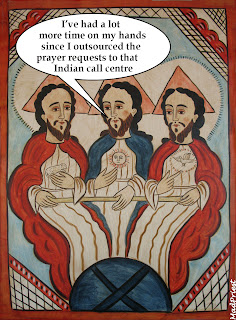 Back in the day, when apartheid was still the rule in South Africa, those of us in the West who wanted it to end were encouraged to boycott firms (for example, Barclays Bank) who had business interests there. Buying anything of South African origin was also extremely bad form. I suggest we now slam the same boycott on countries, such as India, where it is still a criminal offence to be gay. It would be useful to have a list of companies with call centres in such countries and those who have outsourced production to such countries.
The biggest sacrifice we would have to make would be boycotting oil from those Muslim countries where being gay is not only illegal but punishable by death.