↓
Home Menu ↓
Skip to primary content
Skip to secondary content
If it wasn't for Nelson Mandela and his example of how to end entrenched hostility with honesty, generosity, mercy and, above all, forgiveness, there would have been no Good Friday Agreement and no peace in Northern Ireland. I also believe, although I can cite no direct connection, that if it had not been for Nelson Mandela, there would, more likely than not, be yet another, intellectually challenged, gung-ho, extremely caucasian president in the White House right now and not Barack Obama.
My heart is glad and I thank God that Nelson Mandela lived to such a ripe old age and was given back some of the twenty seven years that had been stolen from him. That he used those precious years to change for the good not only his own country or even his own continent, but the whole world, not only for the present but for all time, in a way that was truly Christlike, is proof that not only is the Kingdom of God among us now but also, that just occasionally in this selfish, unjust world, we get to see a glimpse of it. When it happens it is like the sun breaking through the clouds on a stormy day and those who hunger after righteousness are given hope and the strength they need to carry on.
Thank you, Khulu. You were the best of what we are. Rest in peace. 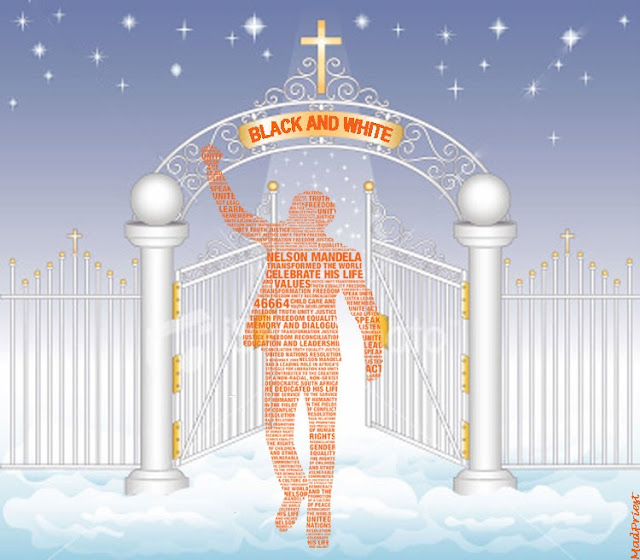