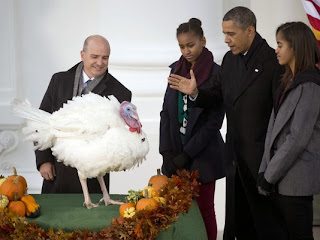 As the wind blew and the rain fell, President Obama stepped outside the White House for five minutes today for a holiday ritual: pardoning a lucky turkey named Popcorn.

"The office of the presidency — the most powerful position in the world — brings with it many awesome and solemn responsibilities," Obama said during a ceremony on the North Portico. "This is not one of them."
Noting that Popcorn was one of 80 birds that competed for a pardon from the Thanksgiving table, Obama said: "It was, quite literally, the Hunger Games."
As daughters Malia and Sasha and official guests looked on, Obama asserted his presidential authority: "Popcorn, you have a full reprieve from cranberry sauce and stuffing. We wish you well."
As for runner-up Caramel — who is also being spared this Thanksgiving — Obama joked that "he's already busy raising money for his next campaign." 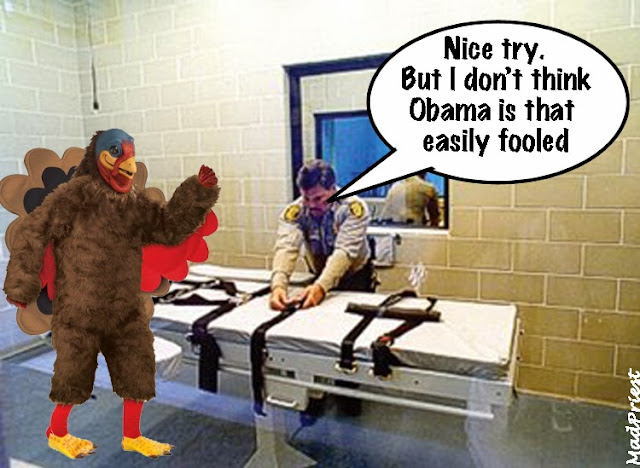