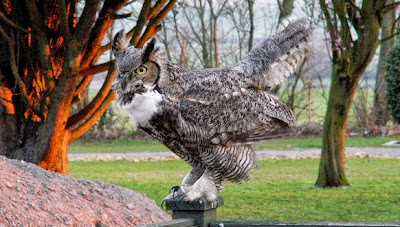 The building of Grafham Water reservoir in the mid 1960s not only increased East Anglia's water supply considerably it also created a much needed haven for wildlife in this intensively farmed region of England. The most obvious wild inhabitants of the reservoir are its waterfowl. You would think that, it being the third largest reservoir in the UK, Grafham Water would be enough for them. But this is not so. Some enterprising ducks and moorhens have discovered the easy pickings available at the Caravan Club caravan site, a mile away from the lake, and have moved in permanently. I have never come across such tame moorhens. They are usually a very timid bird. And although tame ducks are not unusual in England, especially in our parks, the ducks of Grafham Water Caravan Site are particularly unafraid of human beings to the point of being downright cheeky. Whilst I was availing myself of the site's facilities on the afternoon we arrived, Mrs MP took these photographs of the resident ducks who had come over to demand the offering of Rich Tea Biscuits (it was the only thing, remotely edible, we had available) that they obviously thought were due to them. One of them even got as far as standing on the caravan steps and peering inside. When you consider that two fully grown border collies were staring back at her, this was one brave duck.

Unfortunately we didn't see the most famous avian resident of the caravan park, Ollie the long eared owl (see photo above - not ours). 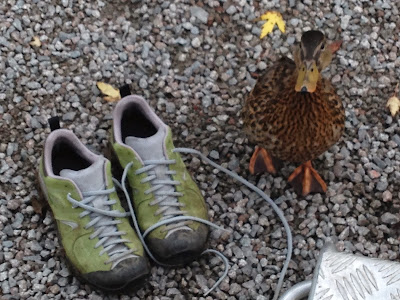 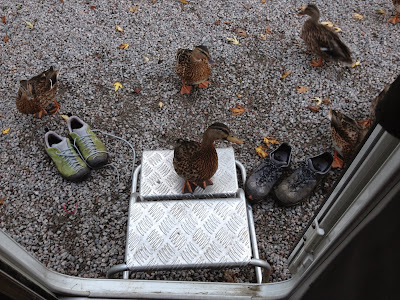