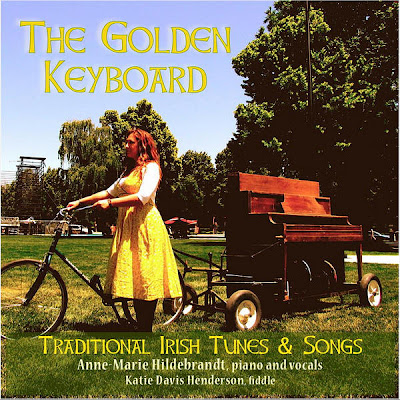 Nowadays you rarely come across a piano being played at a folk concert. (The Unthanks had a brilliant pianist in their band back when they were really good but she is no longer with them). I suppose it's a cumbersome instrument to cart around from venue to venue (as the picture on the album sleeve above humourously alludes to). Also pianists tend to be able to read music and folk musicians nowadays are dismissive of such skills.

My guess is that back when people played music and sang in their homes and down the pub most folk music was played on piano. There was also a period at the beginning of the twentieth century in England when a lot of folk music was arranged for classical pianists by composers such as Percy Grainger.

It's a shame that the piano doesn't turn up on traditional albums more often as is a beautiful folk instrument if played by someone who understands and enjoys folk music rather than by a classical pianist who insists on playing the tunes as if she or he was in the Albert Hall and not the Fox and Hounds.

Anne-Marie Hidebrandt is a Juilliard trained pianist and singer who is perfectly capable of sounding like a classical musician when she is performing classical stuff. But back in 2011 she recorded an album of folk songs and tunes with the extremely talented fiddler, Katie Davis Henderson (check out her album with the duo, Killarney, for some virtuoso fiddling) that proved that she was very capable of  performing folk music on its own terms. This album, "The Golden Keyboard," has now been released in MP3 format and I am taking this as an opportunity to showcase three of the tunes off the record and encourage you to go check out the rest. 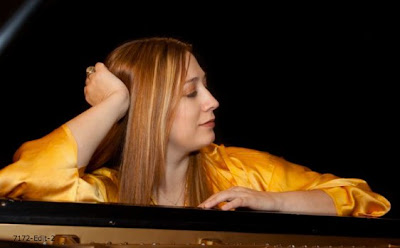