Reminded of what a fine town Thirsk is by a friend's recent visit to Holy Rood House, the MadGang hitched up the caravan to their car on Friday afternoon and drove down the road to pitch camp on the town's racecourse. It's only an hour away from where we live, even when towing a caravan. We bought supper from the local fish and chip shop and kicked back to enjoy the evening sunshine knowing we were far away from the test match traffic jams (gridlock) of Chester-Le-Street.

The main purpose of our weekend away was to go for a full day's walk somewhere different. So, on Saturday morning we drove the five miles to the village of Kilburn which nestles at the foot of the South Western edge of the North York Moors. From there we walked north along the bottom of the escarpment underneath the White Horse (carved into the hillside in the middle of the nineteenth century) to Gormire Lake via the Hood Hill plantations, Hood Grange and High Cleaves Farm. After taking a refreshment brake beside the somewhat spooky pond we embarked on the most exhausting section of the ramble, the ascent of Sutton Bank. It's only a two hundred metre climb but it's damn steep and the humidity yesterday meant I was more knackered when I got to the top than I was when we climbed Snowdon two months ago. Fortunately, it's only fifteen minutes from the top of the bank to the cafe at the Sutton Bank Visitor Centre where coffee, Fentimans Orange Jigger, water, flapjack and Bonios were consumed to get us ready for the final leg of our jaunt. I'll leave it to you to work out who drank and ate what.

From the visitor centre we walked south along the Cleveland Way passed the gliding club until we were immediately above the White Horse. Although an easy path with stunning views it was less enjoyable than the first part of the walk due to the number of people sharing the path with us on their way to and from the famous chalk equine. You see, Quiz loves everybody and every dog. There are no exceptions. He is determined to run up and greet every person and dog that he meets. In a way that's cool, rather a friendly dog than a vicious one. On the other hand it can also be very embarrassing as greeting humans often results in dirty paw prints on the clean white clothing of passing pedestrians who would prefer that there were no such thing as dogs or, even worse, a large front dog's paw placed firmly and painfully in the scrotum of some poor, unsuspecting man passing by. So, looking after Quiz on a busy pathway is stressful and plain hard work.

When we reached the end of the Cleveland Way we descended through the woods back to our car. We spent the rest of the afternoon in the picturesque market town of Helmsley and the evening at the Forrester's Arms in Kilburn. Then it was back to the caravan to imbibe a glass of locally made sloe gin and the sleep of the nicely knackered. 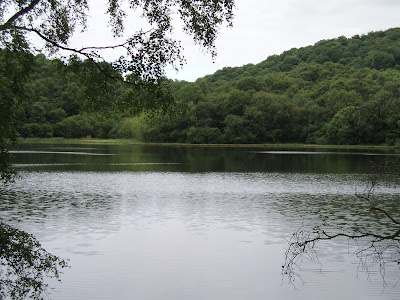 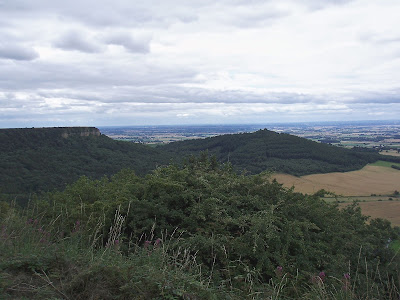 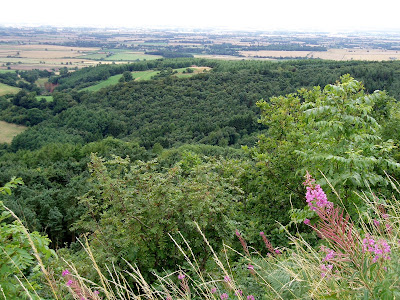 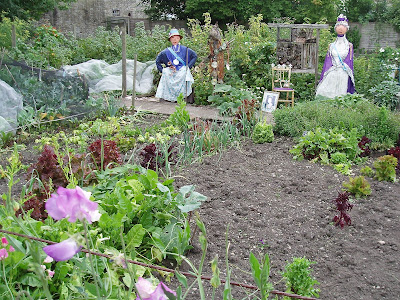 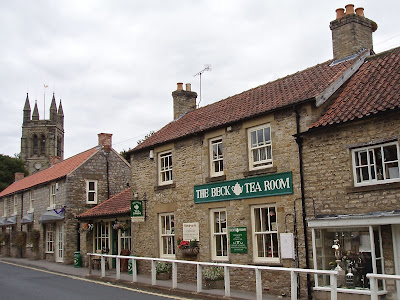 Robert (Mouseman) Thompson (7 May 1876 – 8 December 1955) was a British furniture maker. He lived in Kilburn, North Yorkshire, where he set up a business manufacturing oak furniture, which featured a carved mouse on almost every piece. It is claimed that the mouse motif came about accidentally in 1919 following a conversation about "being as poor as a church mouse", which took place between Thompson and one of his colleagues during the carving of a cornice for a screen. This chance remark led to him carving a mouse and this remained part of his work from this point onwards.
He was part of the 1920s revival of craftsmanship, inspired by the Arts and Crafts movement led by William Morris, John Ruskin and Thomas Carlyle. (Wikipedia) 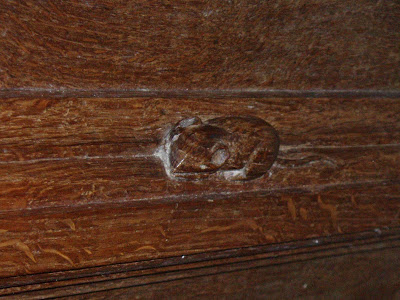 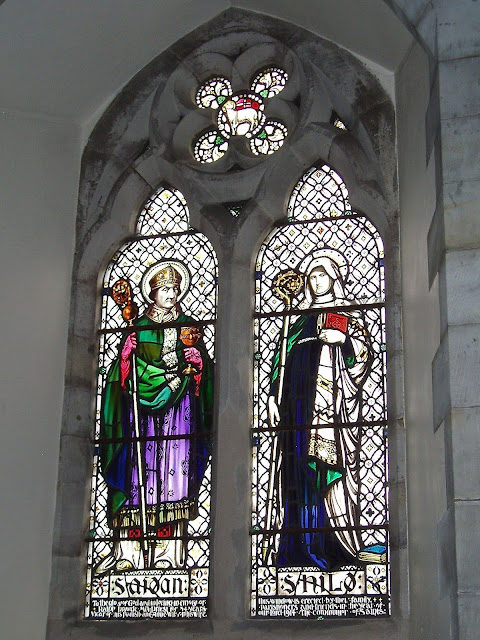 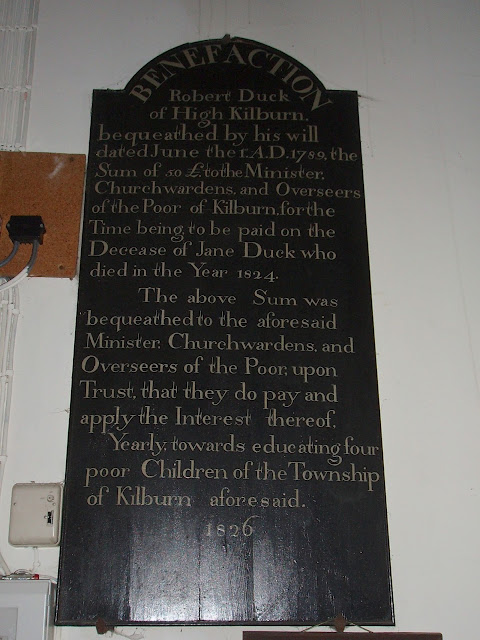 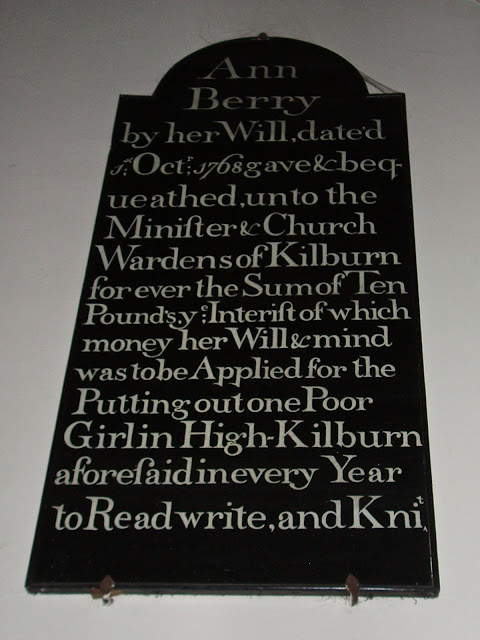