The popular hymn "In Christ Alone" won't appear in the new hymnal of the Presbyterian Church (U.S.A.) because hymn writers Keith Getty and Stuart Townend refused to change the lyrics. Mary Louise Bringle, who chairs the Presbyterian Committee on Congregational Songs, writes in "The Christian Century" that some committee members objected to the line that says, "On that cross as Jesus died, the wrath of God was satisfied."

She says they asked Getty and Townend if the lyric could be changed to say "the love of God was magnified."

The hymn writers wouldn't allow it. Getty has said they wrote "In Christ Alone" to tell "the whole gospel."

Of course, the irony (or should that be tragedy) is that the teachings of Jesus Christ would indicate that if God was to get angry it would be with sanctimonious, legalistic bad news bringers like the writers of paganistic hymns such as "In Christ Alone." 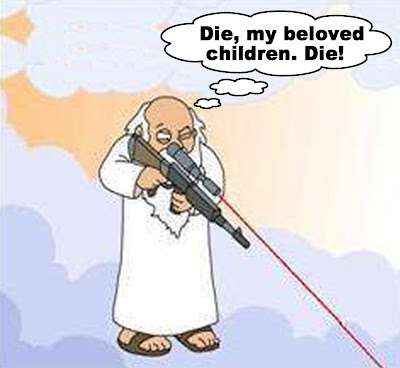