I think I'm going to give up this Christian humourist lark. I just can't compete with that bunch of comedians that call themselves the Church of England. 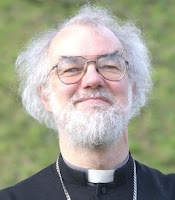 The Archbishop of Canterbury is understood to be "furious" after the Church of England confirmed it invests indirectly in online lender Wonga. It comes after the Most Reverend Justin Welby told Wonga boss Errol Damelin the Church would try to force the firm out of business by boosting credit unions. But the Church later said it invested in funds that provide money for Wonga.

Lambeth Palace said an independent inquiry would be launched in to how "this serious inconsistency" occurred.