I very much doubt that anyone with any clout in the Church of England reads my blog anymore other than to reinforce their negative assumptions about me, but just in case such a person accidentally finds themselves perusing my cries in the wilderness today, I am quoting at length from a report I have just come across about a course in the USA designed to help sacked priests and ministers. Maybe, just maybe it will lead to someone in the Church of England coming to the conclusion that such a course would be a good idea for their church especially as its employees have no legal protection and receive no financial help whatsoever if they are dismissed.

There are other problems as well for the fired Anglican priest in England. For a start they will not have been fired by a congregation. They will have been fired by a bishop. There are, compared to the number of parishes in England, relatively few bishops and they seem to all know each other. When I tell my tale of woe to a bishop from another diocese the typical response is, "I know the bishop who sacked you and I can't believe he would act in the way you are claiming he did."

TRANSLATION: "You might believe what you are saying but, at the end of the day, you are a liar. And even if you aren't there's no way I'm going to be disloyal to a friend or break the collegiality of the House of Bishops."

Another problem for sacked employees of the Church of England is that they will have been working for comparatively low wages (compared to a schoolteacher, for example). As I said before, they will not have been given any financial assistance whatsoever by the diocese that dismissed them. They most certainly will not have been given any redundancy payment even if their dismissal was because of the need to reduce the number of staff as bishops take advantage of the exemptions from human rights and employment legislation that the Church has been given by successive parliaments. Therefore the only way for a course such as this to be of any use to those who need it most would be if it became common good practice for the Church to pay for it in every circumstance.

But I am pissing in the wind. Why should the bishops of the Church of England do something they don't legally have to do even if that thing was the Christian thing to do? Heck, why should they even do it if it's just the right thing to do? From personal experience I know they don't give a damn. Once you're gone, you don't exist. And don't expect a visit from them to see how you are getting along. Heck don't even expect a visit from your former colleagues. You have become a leper and, worse still, a living reminder to church people of how heartless they can be.

Samford University’s Resource Center for Pastoral Excellence will host a "Ministering to Ministers" wellness retreat July 29-Aug. 2, especially for clergy who have been terminated.

“There is a growing trend nationwide of what we call ‘forced termination’ of clergy,” said program director Michael Wilson, adding that it is seldom for reasons of personal impropriety or moral failure, but more typically is due to church conflict, lack of financial or membership growth, personality challenges or leadership style. A dismissed minister may have difficulty finding a new place of service, and often has little if any severance arrangement to provide for transition needs.

“Most ministers who have this kind of experience struggle with disillusionment, anger, grief, and anxiety as a result of their dismissal,” Wilson said.

Wilson, who has coordinated the Samford retreat since 2006, believes it has proven beneficial to many dismissed ministers and their families. Almost all former participants went on to find new places of ministry in congregational settings. And while some chose other options in ministry, only a few pursued non-ministry vocations, he said.

“What I think is significant about this is that these persons were able to move through a very difficult, scary time in their lives to begin again,” said Wilson. “For the ones who returned to congregational ministry, I think the retreat was probably the key factor that helped them begin to move through disillusionment to once again believe they can offer effective ministry.” 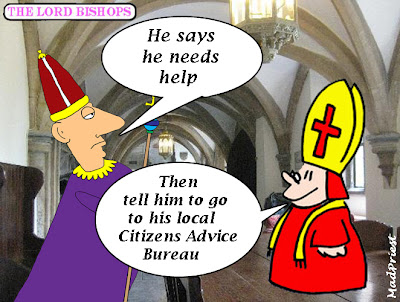