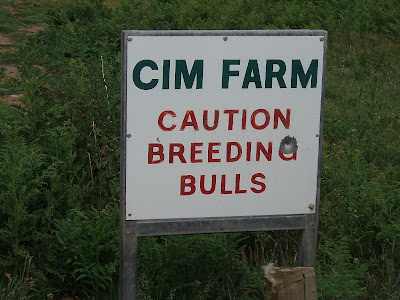 The Wales Coast Path is a long-distance footpath which follows the whole of the coastline of Wales. It opened on 5 May 2012, and offers a 870 miles walking route from Chepstow, in the south, to Queensferry, in the north. If Wales is a country and not just a region it would be the first country in the world to provide a dedicated footpath along its entire coastline.

Since 2007 the Welsh Government has invested in improving public access to the Welsh coast through its Coastal Access Improvement Programme. In addition to this funding from the Welsh Government and the coastal local authorities of approximately £2 million per year, the European Regional Development Fund has additionally allocated nearly £3.9 million over three years in support of the project. All that money, all the time and effort that the hundreds of people involved in this mammoth endeavour have put into this great project, and yet some "Get off my land!" yokel can f**k it all up by erecting this sign at one of the entrances to the walk.

Fortunately we were assured by a nice, old English lady, who lived nearby that there had never been any bulls in the field. The sign had been put there by the farmer who owns the land in order to disuade walkers from using the public right of way. It is, of course, against the law to put dangerous animals in a field through which a right of way runs and, anyway, if you put breeding bulls in a field  edged on one side by a two hundred foot sheer cliff face, you are soon going to end up with an ex-breeding bull on your hands or, to be more exact, in the sea.

The Welsh Tourist Board is claiming that the coastal path was fully opened in 2012. This is, in fact, untrue. We were unable to walk the section west of the field of the imaginary breeding bulls because the farmer who owns it is blocking the path. The nice, old English lady told us it was at present being sorted out in the courts. Now normally I would be on the side of the little guy versus big government and all that, but these two obnoxious landowners are not versus the big guy. They are stopping all their little guy Welsh compatriots from making a living out of all the tourists  (possibly millions of them every year) that will be drawn to Wales in order to walk this new and spectacularly beautiful long distance walk or, like us, just spend a day or two walking sections of it. The MadGang had put off visiting Wales for years because of the reputation the Welsh have for being unfriendly and arrogant (the "they all started talking Welsh as we entered the pub" is no urban myth). How much money are the people of Wales loosing each year because of this bad publicity?

The two thick farmers (yes, thick, because they obviously can't comprehend the bigger picture) farm cattle and sheep on their land. The butchers, hoteliers, shopkeepers and, even, the big supermarket chains, who make their living from tourism in the region, should boycott these two bozos and refuse to buy their meat until they get with the programme. 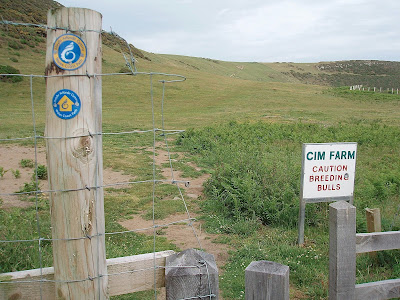 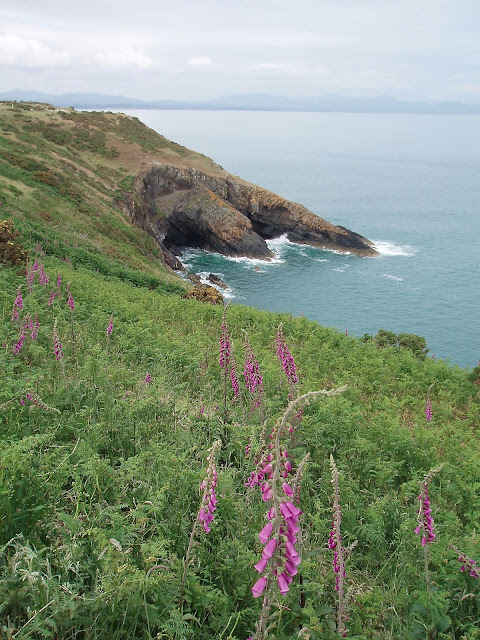 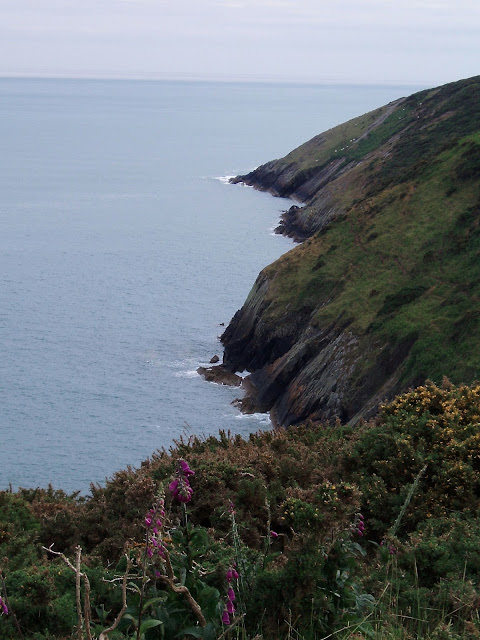