Nwaka claimed the Zambian Constitution recognized they were a Christian nation so the church could successfully challenge at the courts anyone who tried to endorse ‘ungodly practices’.

He added: ‘Should any funny person in future come up and say we want same-sex marriage we are able to stand in the courts of law and say Zambia is a Christian nation because our constitution says.’ 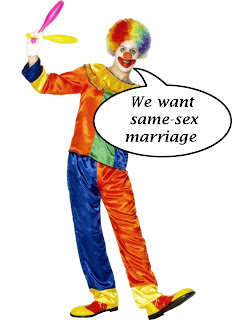 He went on to liken being gay to abortion, prostitution and pornography.

And he said: ‘One of the things we are so much grateful and we admire your president Dr Mugabe is when he stood up to same-sex marriage. Let’s give a clap offering to God.’

Why only funny people? What would happen if a very serious person was to ask for same-sex marriage?