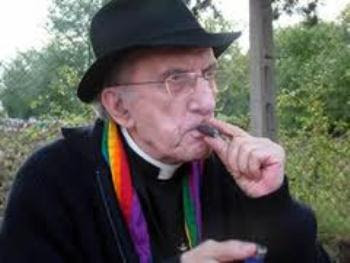 Three thousand flocked from all over Italy for the funeral of Don Gallo, the priest they called the “pretaccio communista” (an ironic use of “lousy communist priest”) and the “angelic anarchist”. Some participants wore t-shirts with the slogan, “Tell me who to exclude and I’ll tell you who you are”. 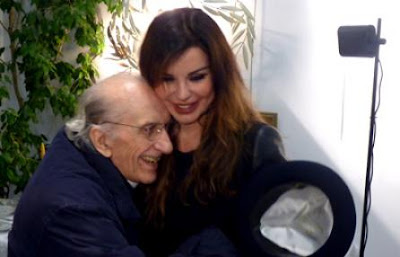 Standing in front of a group of priests wearing rainbow stoles and addressing the gathered thousands, Vladimir Luxuria gave a eulogy in which he thanked Don Gallo for “letting us open the doors of your church and your heart. Thank you for having us transgender creatures feel willed by God and loved by God. We hope that many will follow your example and someone will apologize.” 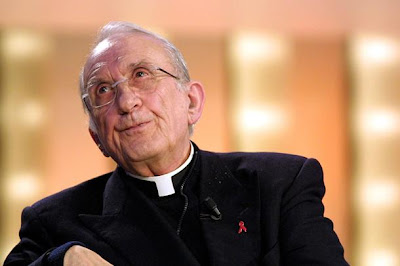 Gallo, whose casket was decorated with a scarlet scarf, was a Marxist and was popular with gay people having participated in June 2009 in the Genoa Pride demonstration, complaining to the press about the “uncertainties” of Catholic teaching on homosexuality. In March this year Don Gallo told media that the Catholic Church needs an openly gay pope and said that homosexual priests should be allowed to “express” their sexuality, "because repression leads to pedophilia.” 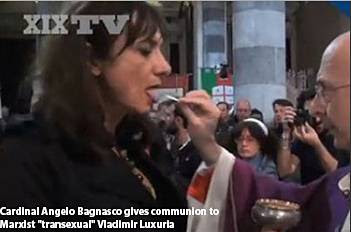 At the funeral mass, Angelo Bagnasco, the Cardinal Archbishop of Genoa, openly gave communion to all who came forward to receive including many gay and transgender people. 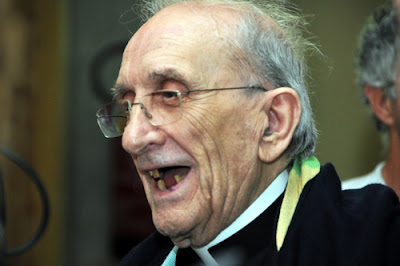