I notice that the Tories in England are continuing with their campaign to glorify their most controversial leaders of the past. Not content with spending millions of pounds in a time of austerity on the funeral of the only English person since Guy Fawkes to have their death celebrated with the throwing of parties, they are now replacing the social reformer, Elizabeth Fry, with the union bashing, chauvinistic, Winston Churchill, as the face on our five pound banknote. His genius during WWII blinds people to the fact that he really was a nasty piece of work. He was such an enemy of the working class that, even though he led them to victory, they immediately voted him out of office once the war had finished.

On top of that insult to a large proportion of the English population the government scores a double whammy by choosing yet another man to feature on our banknotes. This now means there are no women represented other than the Queen who is on the notes because she is our monarch and not because she has achieved great things. The only thing I can think of worse than this sexist decision is if they had decided to put Thatcher's mean spirited face on the five pound note. 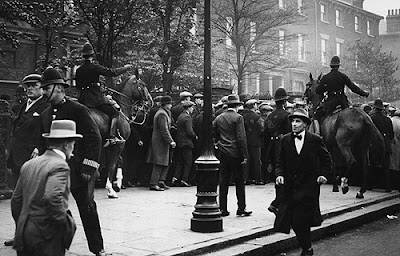