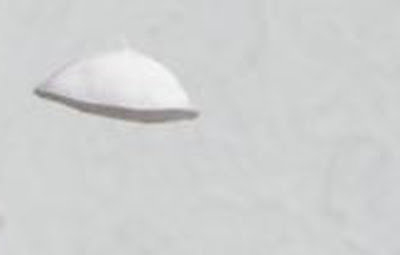 No. It's just Bishop Frankie losing his cap on a windy day.

Full story at THE MAIL. 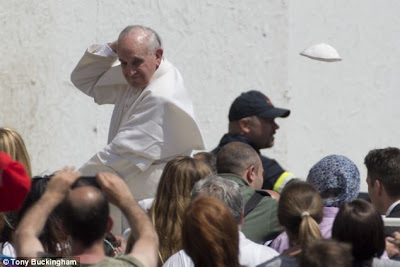 From GLOBAL POST:
The governor of Tokyo apologised to the Muslim world Tuesday after saying Islamic countries have nothing in common but Allah and "fighting with each other".

Brazilian, Roman Catholic priest, Father Roberto Francisco Daniel, has been excommunicated. The 48-year-old priest, who renounced his church duties over the weekend, was accused of “heresy” and “schism” by the church hierarchy.

“Father Beto,” as his parishioners call him, announced on social networks that he was giving up the priesthood, urging the Church to modify its views on homosexuality and bisexuality to adapt to “new realities."

“For me it has become impossible to live the Gospel in an institution where freedom of thought and freedom of expression are not respected,” he said in an online message.

For his Christlike sacrifice and integrity, Father Beto is our... 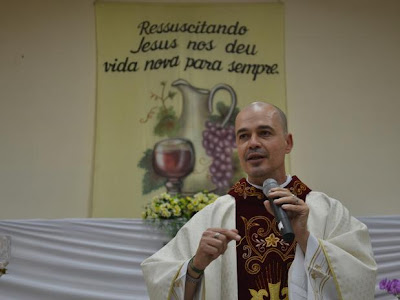 Egyptian police fought with angry Muslims outside a Coptic church south of Cairo. The stone-throwing mob surrounded the church to protest a romance between a Christian man and a Muslim woman. The woman is said to have converted to Christianity before running away to Turkey with the man. The Muslims accused the church of helping the couple flee.

Visit NBCNews.com for breaking news, world news, and news about the economy

Stupid Jock Quote of the Day:

“I’m not bashing anybody don’t have anything against anyone I just don’t understand it. All these beautiful women in the world and guys wanna mess with other guys…” (Miami Dolphins wide receiver Mike Wallace)

It hardly qualifies as a new job.

The Rev. James Manship, of St. Rose of Lima parish on Blatchley Avenue in the city's Fair Haven neighborhood, was driving on Saltonstall Avenue on April 21 when he saw a man on a dirt bike popping wheelies and riding on the sidewalks. He pulled over, got out of his car and took a picture of the man on the bike. The rider then turned toward Manship, sped toward him and spat on him and his car.

Renowned Nollywood actress Camilla Mberekpe was on Sunday, April 28 delivered of an alleged demon that had been tormenting her life and impeding her success. The deliverance which was telecast on Emmanuel TV took place during last Sunday service at the Synagogue, Church of All Nations (SCOAN) in Nigeria headed by Prophet T.B. Joshua. 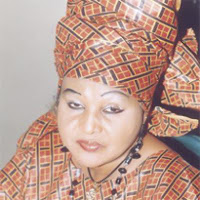 According to spirit, which laughed hysterically, it “came from the water. She came from the deep ocean” where she operates from. In front of a packed church, the spirit noted that Camilla wanted to become a woman of God to go and preach at festivals. Yes but who will give her that power? She cannot, I have made sure she will not do it, she will not preach. Each time she will pray, they will give her blessings the following day she will sleep, she wakes up and the blessing is gone. She will grow hot and cold in her prayer. I do it, I don’t want her to excel, I don’t want her to be anywhere. I am her mother. Her grandmother wanted to take of her but she refused.”

Asked what her mission was in the life of the actress, the unknown spirit disclosed that she wanted to “destroy her because she has refused to worship me. She is always praying. She is a very serious prayer worrier but I always make sure she does not get there.”

In spite of her torments, the demon underscored the fact that “she is a very great actress.”

The demon was then cast out of her.

She's a brilliant actor by the sounds of things.
Almost as good as the Prophet T.B. Joshua.

A fifteen year old girl who claims her father has threatened to kill her if she renounces the powers of the fetish, has been sent to the national headquarters of the Domestic Violence and Victims’ Support Unit (DOVVSU) of the Ghana Police Service. The girl whose name is being withheld claims, and her relatives confirm that she was possessed by spirits at age nine and has since been serving the Abu Kwabena god at Bechem Nkwanta Nsuta on the Sunyani Kumasi road for the past six years. But the former class four pupil claims she has now found Christ and no longer wants to serve the god, who has threatened to maim or kill her if she stops. She rather wants to be an actress, and attend school if that is what is required.

Self-confessed President Robert Mugabe supporter and priest, Obadiah Msindo, has been filmed in an altercation with a car dealer in which he uses vulgar language to fend off demands for a debt settlement. Msindo heads the Destiny for Africa Network, an organisation which includes his church and housing projects for the lower income and poor groups.

Msindo is alleged to have bought a car which he used before returning it to the dealer, but having clocked more than 3000km on its mileage. The dealer, identified as Mhike, rubbished the reverend’s claims that the car had developed mechanical problems and therefore he would not settle the outstanding money incurred when he first purchased it.

“Dude you will be hurt, I have warned you,” Msindo threatened as he charged at the car dealer. “I want to tell you something. I only respect one person in this country and that’s Mugabe (president Robert), anyone else your mother’s ****. Very soon you’ll realise you are not clever. I am not a stupid reverend like some that you poop all over. I am a comrade, I can defend myself, I will deal with you. I told you I respect only one man, all the others I f***.”

The car dealer accused Msindo of being a homosexual.

Hundreds of Malay and Iban-language bibles with the word ‘Allah’ have been confiscated from a prison in Sibu, revealed the Prison Fellowship Malaysia (PFM), sparking uproar among the Christian community just days before May 5 general election. This is in spite of the Cabinet’s 2011 10-point resolution, which allows the Bumiputera Christian population in Sabah and Sarawak to bring in and use their bibles in Malay as well as in indigenous languages.

From THE HERALD SUN (Australia):

The Roman Catholic Ballarat Diocese has admitted it destroyed documents detailing accusations of paedophilia and moved offending priests to new parishes despite more than 100 case of sexual abuse, a Victorian parliamentary inquiry has heard. Former Ballarat bishop Peter Connors said the church had effectively facilitated sexual offences against children by placing one of Australia's worst child predators, Gerald Ridsdale, in positions that enabled him to abuse. 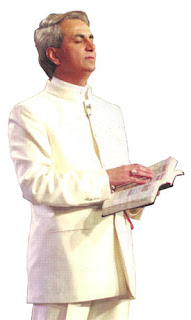 Televangelist Benny Hinn preaches the ‘prosperity gospel.’ It’s a Bible-based scam designed to trick people into believing that God wants you to get rich, but that you first have to demonstrate you’ve got enough faith by donating money to whomever tells you about this scheme. However, it seems the scheme is not working for Benny Hinn himself.

The Christian Post reports: Televangelist Benny Hinn has asked supporters of his ministry for $2.5 million in donations, which he says an anonymous donor will match dollar by dollar to help him get out of debt.

Good old Pat. As reliable as ever.