An unemployed man, who said he was only trying to teach his elderly priest a lesson, was charged Wednesday with murdering him. Antonio Incandela, 33, said he had had it with the homilies delivered by Michele Di Stefano, the priest in the small rural town of Ummari on the west coast of Sicily. Prosecutors say Incandela told them that he could not bear to listen to the priest any longer but wasn't intending murder when he beat the priest while he was sleeping.

Dr Martin Warner, the Bishop of Chichester, has agreed to attend the Lesbian and Gay Christian Movement’s annual conference on Saturday 20 April at the Brighthelm Centre. Bishop Martin will deliver a short message and take questions from the floor. 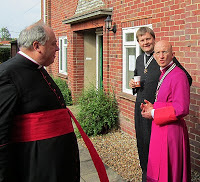 Keith Sharpe, of LGBT campaign group Changing Attitude Sussex, said: “This is the first time that a senior bishop in the Church of England has addressed a major national conference of gay and lesbian people and, as such, it represents a watershed moment in the church’s relations with the LGBT community.”

What I find more exciting is that this is the first time that a gay bishop has "addressed a major national conference of gay and lesbian people" (although I doubt that Martin will admit to that - but you never know, the times they are a changin'). 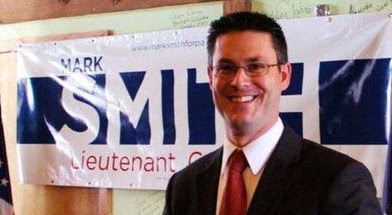 A Bradford County, Pa., commissioner has been released by the Christian band he has played guitar for since 2011 over his stance supporting same-sex marriage.

"It sort of blew my mind," said Mark Smith, who is running for Pa. lieutenant governor. "It was like a smack to the side of the head."

Smith, a Democrat, said that the Christian rock group One Floor Away, where he played lead guitar, gave him an ultimatum to back down from his position supporting gay marriage, or face being kicked out of the band.

"I'm a liberal Democrat, and I feel we should certain allow people to marry who they please," Smith said. "Equality is the foundation of this country; it's not something I'll back down on."

In a follow-up statement, he added: "But being forced out of a band is nothing compared to LGBT couples being told their love is irrelevant and unsanctioned. 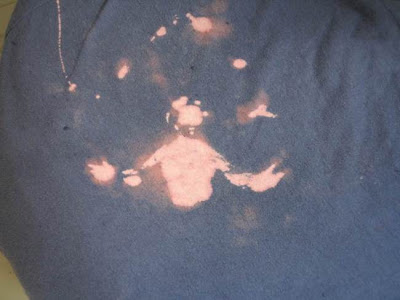 When Martin Andrews recently stained his t-shirt by accidentally spilling fabric conditioner he was surprised to find the substance had formed to look like the Son of God.

"When the t-shirt’s the right way up it doesn’t really look like anything… but when you look at it the other way up it’s really Him," he said.

Yep! That's definitely Jesus. And he's juggling! What with the magic stuff an' all, he's a real allround entertainer.

Investigators in Columbus, Georgia say that a 15-year-old boy shot his parents because they asked him to do chores when he wanted to look up a Bible verse for a friend who wanted to be “saved.” In a court hearing on Monday, Detective Amanda Hogan explained that the teen felt he had a mission to find the correct Bible verse for his friend on Thursday. But his parents insisted that he first complete his chores, which included getting an old comforter packed up so that it could be donated to Goodwill. Stepmother Kristi Askevich was hit in the right wrist. Randal Askevich, the boy’s father, was shot in the right hip. 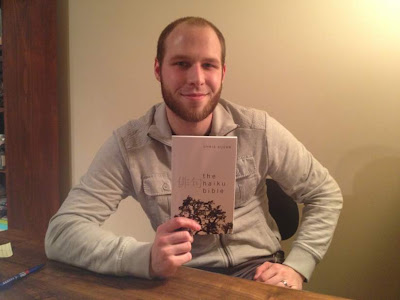 A North Irwin man summarized each book of the Bible in the form of haiku poetry in his first book, “The Haiku Bible.” After participating in a Bible-study group, Chris Suehr spent several months working on condensing each of its 66 books into the 17-syllable form of poetry.

“I wanted to learn each book better and have a more condensed version of each book,” Suehr said. “I tried coming up with the key points of the different books, which I wanted to encapsulate in each haiku. Each book was a challenge, since some books are 50 or 60 chapters long, while others are less than a page. I spent hours, and sometimes days, fretting over every single word,” Suehr said. “It took about four months of pretty heavy work.”

A leading Filipino prelate has issued a pastoral letter encouraging Catholics to support only those candidates in the forthcoming election who "declare a categorical and clear NO to divorce, abortion, euthanasia, total birth control and homosexual marriages"

Most Rev. Socrates B. Villegas, the archbishop of the archdiocese of Lingayen-Dagupan, said that while the Church does not interfere in elections by endorsing candidates, it does offer guidance to voters to examine the candidates "from the viewpoint of faith and with the mind of the Church enlightened by the values of the Gospel." 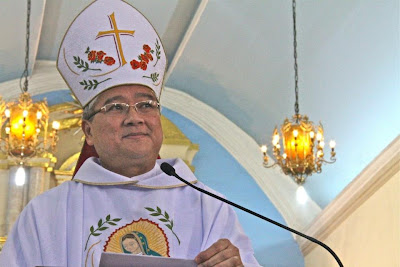 A publicly-funded Islamic school is coming under fire for controversial comments made by an imam about homosexuality.

"For me someone who is homosexual is like someone who has diabetes or someone who had cancer or AIDS. He has a special case and this person needs a special treatment. Personally, I wouldn't like to be associated with them," said the imam of the Al-Rashid Mosque while speaking to students at Edmonton Islamic Academy. 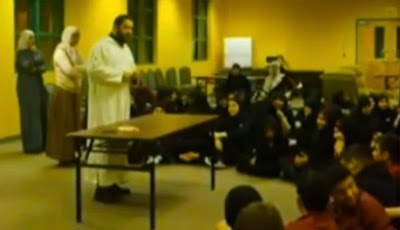 Until her 100th birthday, Dorothy Carchman had no experience in show business. But when she hit the century mark on April 9, she celebrated the moment by treading the boards with the cast of the hit Off-Broadway show Old Jews Telling Jokes.

“We looked you up. We Googled you,” said actor Told Susman as Carchman climbed gingerly onto the stage at the Westside Theater.

“I always wanted to be Googled,” she replied, and the audience laughed. 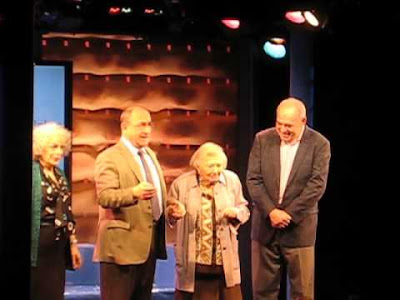 After a month of worldwide attention Eggs Benedict, Niki Johnson’s portrait of emeritus Pope Benedict XVI woven from 17,000 condoms, is being offered for public sale. A percentage of the final sale price will go toward AIDS research and advocacy.

An initial bid of $20,000 has been offered by Milwaukee LBGT activist and philanthropist Joseph R. Pabst. Offers are being accepted at www.eggsbenedictproject.com.

In late 2012, a "cadre of shoemakers & artists in Berlin, Germany, who make ridiculously comfortable, Bauhaus-inspired shoes" decided to test a hypothesis. They'd noticed that some of their customers in the United States were experiencing delays and other problems receiving their shipments. They began to wonder why. Could it be the packing tape they used? The tape prominently featured the name of their brand: ATHEIST. 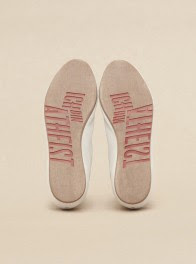 Kickstarted into existence just last year, Atheist aims to provide soles for the godless, with shoes that feature "Ich bin atheist" or "Darwin Loves" on their rubbery undersides.

You can check out their product by CLICKING HERE. They're beautiful shoes but bloody expensive. It's a good job I'm a Christian as I couldn't afford to be an atheist.

People who believe in an angry, punishing God are much more likely to suffer from a variety of mental illnesses, a scientific study conducted by Marymount Manhattan College Assistant Psychology Professor Nava Silton and published in the April edition of Journal of Religion And Health finds. In keeping with prior studies on this very subject, she queried the data on three types of believers: those who see God as angry, those who see God as neutral and those who see God as loving. Controlling specifically to weed out the non-believers, Silton found that a belief in a forgiving, loving God is associated with positive psychological traits, “almost protecting against psychopathology."

But for those who think God is angry and preparing punishments for sinners, “that belief seems to be very much related to these negative symptoms.”

“If you look at the previous research, they’ve connected it to depression and all sorts of other psychiatric disorders,” she said. “We were looking at social phobia, obsession, compulsion, paranoia and a lot of features of anxiety disorders.”

Just as I thought. My madness is a punishment from God. I wonder what I did to make him so angry.