John Lennon died because he offended God by suggesting the Beatles were more famous than Jesus Christ, according to the embattled head of the Brazilian Congress' human rights panel. 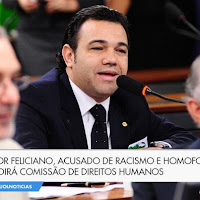 Evangelical pastor, Marco Feliciano, who is facing growing calls to resign from the rights panel over his disparaging comments about gays, women and blacks, also said he would have liked to see the body of Lennon when the English pop star was shot dead in December 1980.
"I would have liked to be there the day they discovered his body. I would have lifted the cloth which covered him and would have told him: Excuse me, John, but this first shot is in the name of the Father, this one is in the name of the Son and that one in the name of the Holy Spirit. Nobody confronts God and survives for debauchery," the pastor is heard saying in a video available on the internet.
The 40-year-old pastor has been facing a barrage of protests from human rights groups for saying on his Twitter account that love between people of the same sex leads to "hatred and crime" or referring to Noah's biblical curse of descendants of his son Ham, meaning the African race. But he has rejected growing calls for him to resign.
His election to the rights panel was seen as a sign of the growing political influence of evangelicals, who have 67 seats in the Congress out of a total 513.

Angels and demons do really exist, but are often mistaken for "so-called aliens" by those who encounter them, a senior Russian Orthodox Church clergyman said.

“They are real creatures, humans come into contact with them as they sometimes reveal themselves,” Archpriest Vsevolod Chaplin, who oversees the Church’s public relations, told RIA Novosti in an interview when asked about Christianity’s attitude to ufology.

The clergyman said that even some scientists suggest that the sun and the entire universe rotate around Earth, “not in a physical sense, but in a logical sense.” According to Chaplin, this theory means that the world is created so that intelligent life inhabits space that is proportionally small compared to the size of the universe.

A Romanian lawyer is suing his local Orthodox bishop and four priests claiming they failed to properly exorcise flatulent demons that were forcing him out of his home. Madalin Ciculescu, 34, accused the five of fraud after they turned up several times to exercise the demons which were responsible for the bad smells that were ruining his business. He claimed that after the failed exorcism the demons even started haunting him at his home at Pitesti in Arges County in central Romania.

'When I am at home they switch the TV on and off all the time, they make foul smells that give me headaches and basically roam unhindered around my house and my business.'

The man produced his mother to back up his claim saying that even the hair-dryer was possessed and a black shadow came out of it when anyone tried to use it - and she also said the fridge was infested by the flatulent demons.

I was called in to sort out a farting demon once. It used to sit on top of an elderly gentleman's television. The man's doctor increased his medication and this must have upset the little blighter because he left the  house almost immediately afterwards. The man had been a prisoner of war in a Japanese camp during the Second World War. 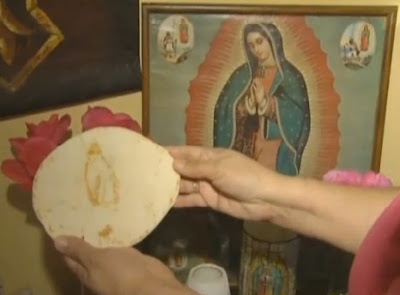 SUTHERLAND SPRINGS, TX - Lupe Rodriguez insists her tortilla has an image of the Virgin Mary on it. But it's who she sees on the flip side which makes it extra special. Lupe spotted the face of Jesus on the other side of the same tortilla. Now Lupe's taking the tortilla wherever she goes.

Sounds a bit lupe to me. 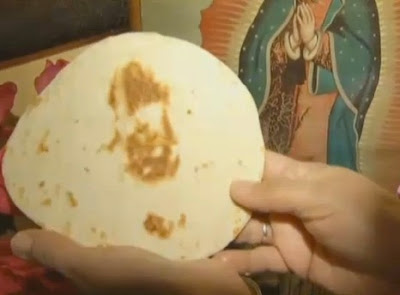 From THE TAUNTON DAILY GAZETTE:

A Raynham man was delighted upon his return home to find what he calls a divine intervention on his front lawn. A tree came crashing down on Bill Morgan’s Hill Street yard, barely sparing a small statue of St. Anthony on the north side of his property. Morgan says he returned home after a long trip to upstate New York and found that the rotted tree had split in two as it fell, with one half landing on one side of the statue, the other half on the opposite side.

“I would say it was a blessing that the tree didn’t touch it,” Morgan said. 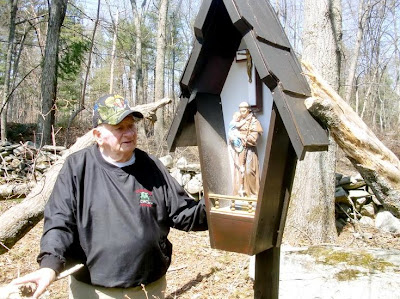 Visit NBCNews.com for breaking news, world news, and news about the economy