From PRI'S THE WORLD:

Sex is a touchy subject. Especially in one of the world’s most cloistered societies – Israel’s ultra-Orthodox Jewish community. That community places a high value on modesty, which means sex-ED hardly exists, boys and girls rarely make eye contact, and many couples have little idea what to expect on their wedding night. But an Orthodox Jewish sex therapist in Jerusalem is trying to break the ice. He’s come out with a book which he says is the first explicit sex guide written for strictly devout Jews.

Dr. David Riber has set out to tell it as it is. He’s co-written a book called “A Time to Love: The Newlywed’s Guide to Physical Intimacy.”

He says it’s the only explicit Orthodox Jewish sex guide on the market. Flip through it, and you see no illustrations.
But there’s a sealed envelope on the back flap. It warns readers there are sexual diagrams inside. If you don’t want to look at them, you can rip off the envelope and throw it away.
“We wanted to give people of a sense of, sort of, not only where to put their sexual organs, but where to put their arms and legs,” Ribner says. “If you don’t know this, you have never seen a movie, never read a book, how are you supposed to know what you do?” 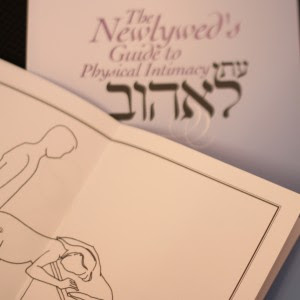 Doctor Ribner's partners in his psychology practice
are Doctor Flavored and Doctor Tickler. 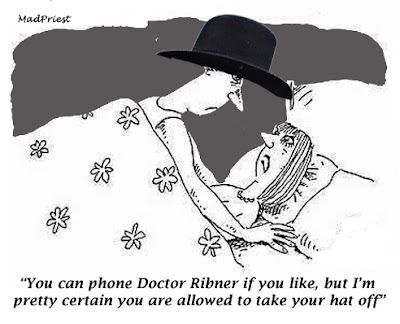