In a televised show aired on Wednesday afternoon, current interim Venezuelan President, Nicolas Maduro, assured the election of Argentinian Cardinal Jorge Mario Bergoglio has a lot to do with the fact that former Venezuelan leader died last week.

He said, "For the first time in history a South American has been elected as Pope, an Argentine. Cardinal Jorge Mario Bergoglio will be the 266th Pope. The debate was between an African and a South American Pope. I don't know, we know that our ‘commander’ rose to the heights and is face to face with Christ. He must've influenced somehow to convene a South American Pope. Some new hand arrived and Christ said, 'Well, it is the time for South America'." 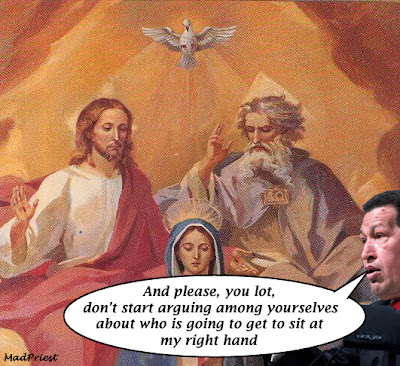