You can forget what's going on in Rome. Here's today's really big news story which I know will be of far greater interest to OCICBW...'s loyal readers than who the next pope is going to be. 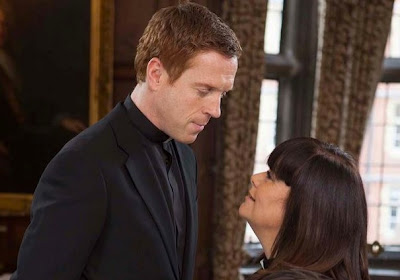 Here's Dawn French gazing up at Homeland star Damian Lewis in a new Vicar of Dibley sketch for Comic Relief. The popular comic has revived the BBC sitcom favourite for a one-off 10-minute special which airs on Red Nose Day tomorrow.

The episode, penned by show creator Richard Curtis, is the first time the entire cast have been reunited for seven years.
Dawn said: "I don't want to give too much away about the sketch but the Vicar heads up the fight for equality in church law."
It will be about women or gays. It won't be about priests sacked for suffering from depression or because the bishop just doesn't like them.