We knew that, weatherwise, the end of the week was not going to be anywhere near as dry as the beginning. In fact, we were surprised that we got through to Thursday before the weather began to turn. Even so, it was not too bad a day and, although we did not attempt any long distance yomps across the fells we did go for a gentle stroll through Kendal. After which we visited the Hawkshead Brewery at Staveley and then the village of Grasmere. Finally, we let Delphi and Quiz have a half hour mad round the park at Ambleside Quay.

Kendal, anciently known as Kirkby in Kendal or Kirkby Kendal, is a market town and civil parish within the South Lakeland District of Cumbria, England. It has a total resident population of 27,505, making it the third largest settlement in Cumbria, behind Carlisle and Barrow in Furness. Today it is known largely as a centre for tourism, as the home of Kendal mint cake, and as a producer of pipe tobacco and tobacco snuff. Its buildings, mostly constructed with the local grey limestone, have earned it the nickname the Auld Grey Town. Kendal is listed in the Domesday Book as part of Yorkshire with the name Cherchbi. A chartered market town, the centre of Kendal is structured around a high street with fortified alleyways, known locally as yards, off to either side which allowed the local population to seek shelter from the Anglo-Scottish raiding parties known as the Border Reivers. The main industry in these times was the manufacture of woollen goods, the importance of which is reflected in the town's coat of arms and in its Latin motto "Pannus mihi panis", meaning "cloth is my bread." "Kendal Green" was hard-wearing wool-based fabric specific to the local manufacturing process, and was supposedly sported by the Kendalian archers who were instrumental in the English victory over the French at the Battle of Agincourt. Kendal Green was also worn by slaves in the Americas, and is mentioned in songs and literature from that time. Kendal Green was traditionally the colour of clothing worn by foresters and as such was mentioned by Shakespeare in Henry IV, Part 1.

Kendal mint cake is a glucose-based type of confectionery reputedly discovered accidentally by Joseph Wiper during his search for a clear glacier mint. Used on numerous expeditions to mountaintops (including Mount Everest and K2) and both poles of the Earth, its popularity is mainly due to the very astute decision of the original manufacturer's great nephew to market it as an energy food, and to supply Ernest Shackleton's 1914-17 Transarctic Expedition.

Snuff production in Kendal dates from 1792, when Kendalian Thomas Harrison returned from Glasgow, Scotland, where he had learned the art of snuff manufacture. He also brought with him 50 tons of second-hand equipment, all carried on horse back. Pipe tobacco and other tobacco products were subsequently added to the firm's production. The present day company holds the distinction of employing the oldest piece of industrial equipment still in production use in the world, a device manufactured in the 1750s. (Wikipedia)

Grasmere is a village, and popular tourist destination, in the centre of the English Lake District. It takes its name from the adjacent lake, and is associated with the Lake Poets. The poet William Wordsworth, who lived in Grasmere for fourteen years, described it as "the loveliest spot that man hath ever found"

Grasmere's famous Rushbearing Ceremony, centred on St Oswald's Church, has ancient origins. The present day ceremony is an annual event which features a procession through the village with bearings made from rushes and flowers. In this procession there are also six Maids of Honour, a brass band, the church choir, and anyone who wishes to join in by carrying their own decorated rushbearing.

The annual Grasmere Sports take place in August and were first held in 1852. This is the main event in the village's calendar and one of the most popular traditional events in the Lake District. Participants compete in a variety of sports, including Cumberland Wrestling, fell running and hound trails (similar to drag hunting).

Grasmere Gingerbread is made to a "secret recipe" popularized by Sarah Nelson (1815-1904). By the early nineteenth century, Grasmere gingerbread was already being sold as fairings, as well as being a popular seller in its own right. Poet Dorothy Wordsworth wrote in 1803 that she and her brother William yearned for the gingerbread (Wikipedia) 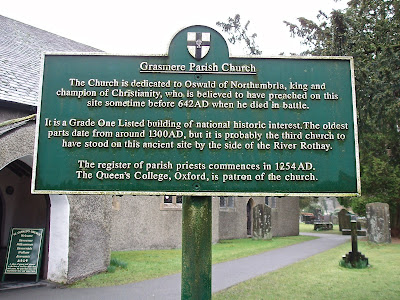 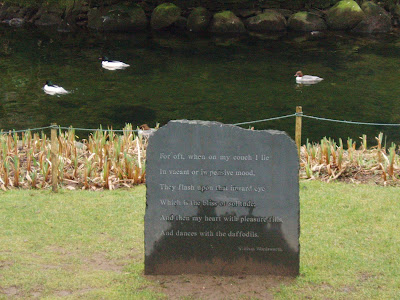 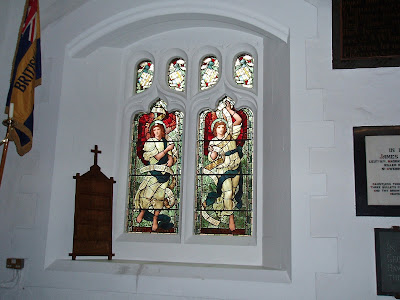 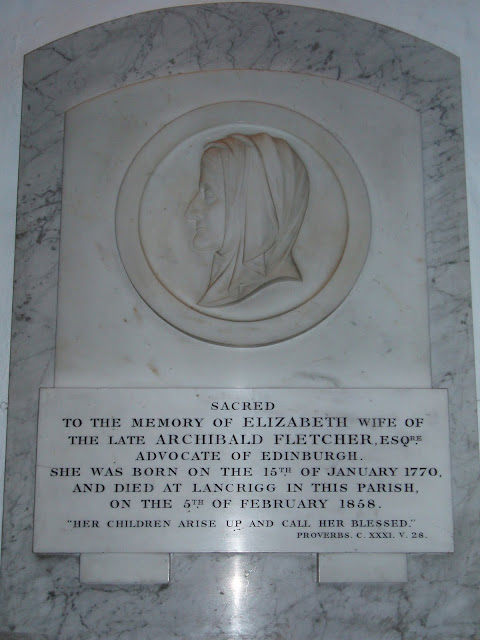 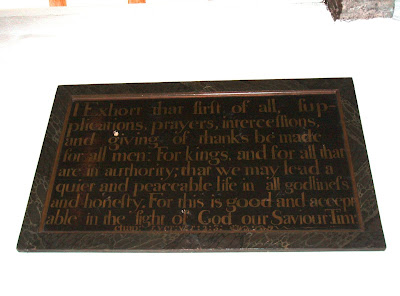 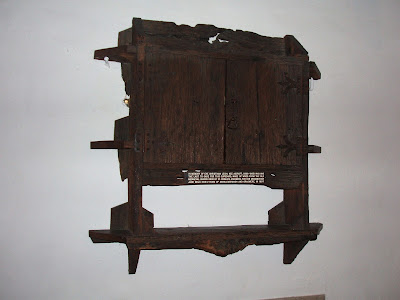 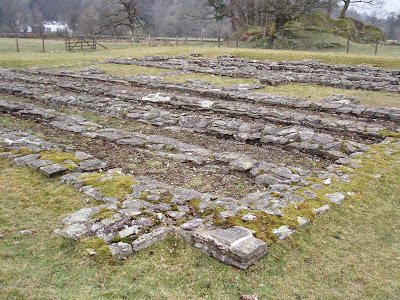 Mrs MP had been disappointed throughout our stay in the Southern Lake District that we had not seen any daffodils in bloom. To be honest, it's still a bit early for daffs, especially as it has been a cold winter for a change. However, her floral wish eventually came true when we found a clump of daffodils that had braved the inclement weather in the wonderfully appropriate position of in front of William and Mary Wordsworth's gravestone.

I wandered lonely as a cloud
That floats on high o'er vales and hills,
When all at once I saw a crowd,
A host, of golden daffodils;
Beside the lake, beneath the trees,
Fluttering and dancing in the breeze.

Continuous as the stars that shine
And twinkle on the milky way,
They stretched in never-ending lineSo
Along the margin of a bay:
Ten thousand saw I at a glance,
Tossing their heads in sprightly dance.

The waves beside them danced, but they
Out-did the sparkling leaves in glee;
A poet could not be but gay,
In such a jocund company!
I gazed—and gazed—but little thought
What wealth the show to me had brought:

For oft, when on my couch I lie
In vacant or in pensive mood,
They flash upon that inward eye
Which is the bliss of solitude;
And then my heart with pleasure fills,
And dances with the daffodils.

So there you have it.  Keep well clear of daffodils!  They are part of teh gay agenda. One glance at their seductive yellow blooms and you'll be writing poetry and wearing lace cuffs on your shirts before you know it.