Mrs MP's paternal ancestors were miners in Devon. Sometime in the latter half of the Nineteenth Century, her great grandfather moved to Millom in South-West Cumbria to work at the nearby Hodbarrow Iron Ore Mine nearby. Yesterday we took a trip over to the town and walked around the sea wall that was erected to protect the now closed mines from flooding during high tides and storms.

Millom is a town and civil parish on the estuary of the River Duddon in the southwest of Cumbria, England. It takes its name from the area of land between the rivers Esk & Duddon and the Irish Sea and was begun in 1866 and subsumed the village of Holborn Hill. The name Millom was in use prior to the Norman conquest for the lands known as Millom and the name is of Norse origin. The Norse word 'mellum' translates as 'between' or 'that which is between', Millom is the land between the rivers and the sea. (Wikipedia)

Hodbarrow Iron Mine was one of the largest and best known of the West Cumbrian iron mines. It worked between 1848 and 1968 and produced about 25 million tons of hematite ore. The mine is on the coast and in order to work the deposit a succesion of three barriers were constructed to keep back the sea. The first was of wood, what remains now as the inner barrier is concrete and the huge outer barrier was constructed from slag faced with concrete blocks on the seaward side. (AditNow) 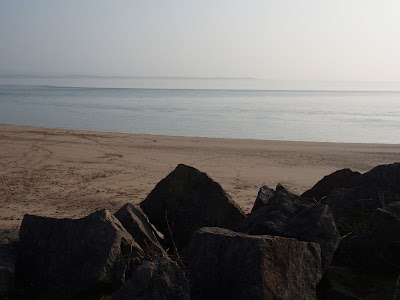 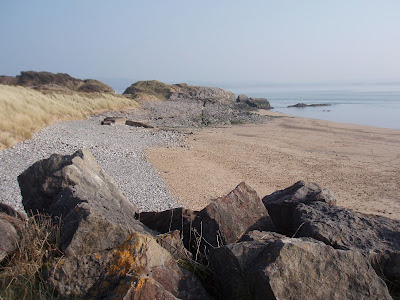 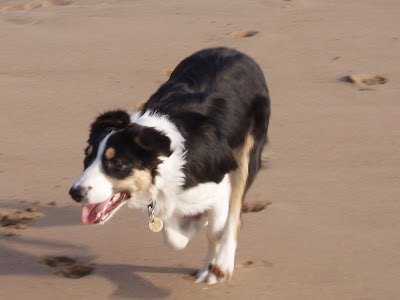 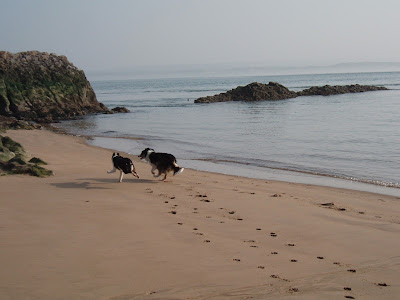 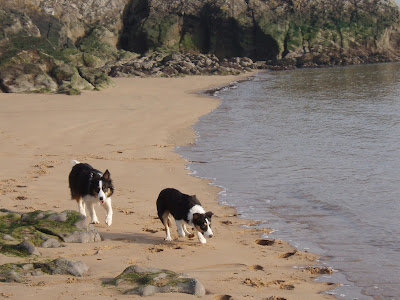 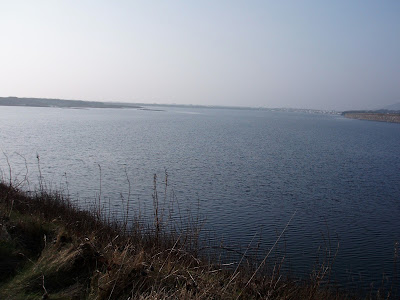 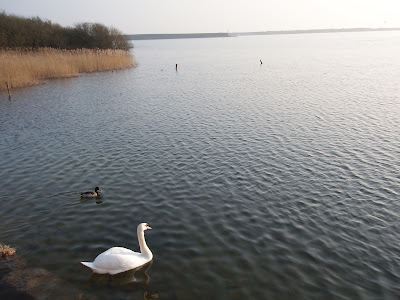 One of Britain's most celebrated poets of recent times, Norman Nicholson, chose to spend his entire life in the town of Millom.

Norman Cornthwaite Nicholson OBE, (8 January 1914 – 30 May 1987), was an English poet, known for his associated with the Cumbrian town of Millom. His poetry is noted for its local concerns, straightforwardness of language and inclusion of elements of common speech. Although chiefly noted for poetry, he also wrote many works in other forms: novels, plays, essays, topography and criticism.

Nicholson was born in 14 St George's Terrace, a Victorian terraced house and shop in the small industrial town of Millom on the edge of the Lake District, the son of Joseph Nicholson, a gentleman's outfitter, and his wife Edith Cornthwaite. He lived in the same house for most of his life. Nicholson was educated at Holborn Hill School and Millom Secondary School, but his education was interrupted when he needed treatment for pulmonary tuberculosis aged 16, being away for two years in a Linford, Hampshire sanatorium. He was influenced by the social and religious community around the local Wesleyan Methodist chapel, to which belonged Rosetta Sobey, who became his stepmother in 1922. He was confirmed in 1940 into the Church of England. He was married in 1956 to Yvonne Edith Gardner (died 1982), a teacher who had consulted him about a school production of his play, "The Old Man of the Mountains," and they began to travel extensively in Northern England, Scotland and Norway. They had no children. His writing career stretched from the 1930s up until his death in 1987. He was published by T. S. Eliot at Faber and Faber. His works include Rock Face (1948) and the later Sea to the West (1981). He was elected to the Royal Society of Literature in 1945. He received altogether five honorary degrees from British universities, the Queen's Award for Poetry in 1977, and the OBE in 1981. He died on 30 May 1987 in Whitehaven and is buried in St George's Churchyard, Millom. (Wikipedia)

Winter By The Ironworks
from The Pot Geranium (1954)

On the goose green, on the street, softly as snow
The slagbanks drift, and yellow
As snow, and seeming-permanent also,
Checked and chalked by the frost. Slowly,
Slag-flake and -fall slither and crumble over
Back-garden fences, breaking wire and willow,
Choking gulley and grid. Children (their throats
Smoking with dialect) burrow
Tunnels and runnels of shadow
In the yellow-grey of the slope;
Build slagmen, grope
In the crag-icy iron - as if they did not know
That all this mineral marvel, this H2O,
This ferrous fancy-piece, will last no
Longer than spit in the fire at the sun's first coking
Up in the morning. Snow-cap and slide will go
Gallivanting through a goose's gizzard, and slagbanks blow
Away in the woosh of the wind. Water and stone
Are shown here to the eye for no more than a moment
Frozen into pattern, and only memory knows
When the atoms fluke an accidental rose.

Check out the Norman Nicholson Society's
WEBSITE for more poetry and stuff.