Former Royal Marine, James McConnell, died last month at the age of 70 and staff at his care home in Southsea, Hampshire, thought they would be the only people at his funeral as he did not have any close family. But after Reverend Bob Mason posted a message on Facebook and contacted the Royal Marines Association, hundreds of people braved the freezing temperatures to attend the ceremony. A small procession through the Milton Cemetery in Portsmouth was led by Royal British Legion standard bearers followed by a group of flag-bearing motorcycles. The service concluded with two buglers from the Royal Marines Band Service playing the Last Post.

Because it was a good thing to do, absolutely everyone who turned out to give James a proper send off is OCICBW...'s 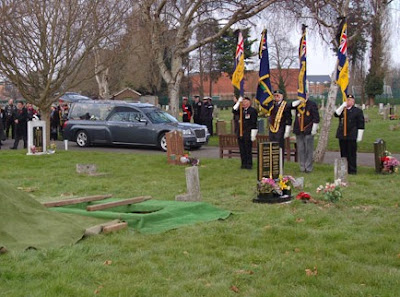