A Greater Cincinnati nun is suspected of illegally casting a ballot for another nun who died before last November’s election. Sister Rose Marie Hewitt, 78, died Oct. 4 after a 59-year career as a Sister of Charity. Although her death occurred before absentee ballots had been mailed to voters throughout Hamilton County, a completed ballot was returned to the elections board in Hewitt’s name. Officials believe the ballot was sent by another local Sister of Charity who was a friend of Hewitt and is registered at the same Delhi Township address. That person cast her own vote at her polling place on Election Day. 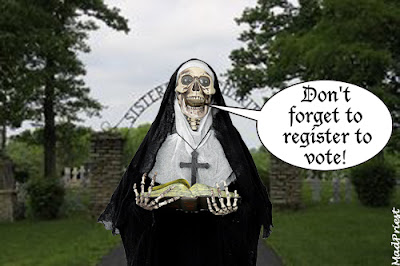