Shortly after his pet boxer passed away, New Hampshire man, Jamie Carpentier went online and looked at pictures on the Humane Society of Greater Nashua website where he saw a familiar face: his old basset hound, Ginger.

Ten years ago, Carpentier's ex-wife got Ginger in the divorce. But she gave up Ginger a short time later. The dog was adopted, but 10 years later had become too much work for her elderly owner who surrendered Ginger to the Humane Society. Carpentier happened to log on to the right site at the right time.

"She seemed like she knew it was me," Carpentier said about picking up his old/new dog.

"I have her now, and she has a place to live and stay. The end. It’s awesome,” he said. 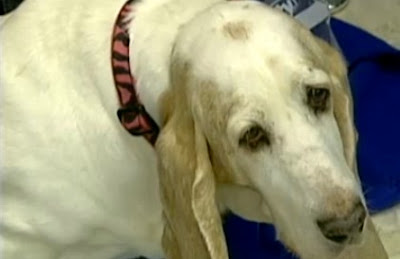