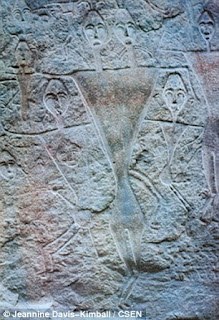 The Kangjiashimenji Petroglyphs, in Xinjiang, north-west China, depict an intense fertility ritual and are some of the earliest known examples of what we these days might dub pornography.

Full story and more dirty pictures at THE DAILY MAIL.