The people of Ireland moved even further away from its previous enthralment to Roman Catholicism on Tuesday when Prime Minister Enda Kenny made an emotional state apology for the decades of abuses in the so-called Magdalene Laundries.

"By any standards it was a cruel, pitiless Ireland, distinctly lacking in a quality of mercy," Kenny said, as dozens of former Magdalenes watched tearfully from parliament's public gallery overhead.

Kenny told lawmakers his government has appointed a senior judge to recommend an aid program for the approximately 1,000 women still living from the residential workhouses, the last of which closed in 1996. He also pledged government funding for the erection of a national memorial "to remind us all of this dark part of our history."

"As a society, for many years we failed you. We forgot you or, if we thought of you at all, we did so in untrue and offensive stereotypes. This is a national shame, for which I say again: I am deeply sorry and offer my full and heartfelt apologies," he said. 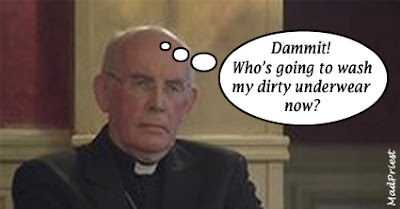