As surprise washed over Catholic parishioners Monday after the resignation announcement by Pope Benedict XVI, retired nun Mary Dispenza was left saddened that Cardinal Roger M. Mahony will have a hand in picking the pontiff's successor. Mahony, who was stripped of his public duties last month following new disclosures in the priest sex-abuse scandal, says he will travel to Rome to vote on the next pope.

Mary Dispenza received a 2006 settlement from the archdiocese after being molested by her parish priest in the 1940s. 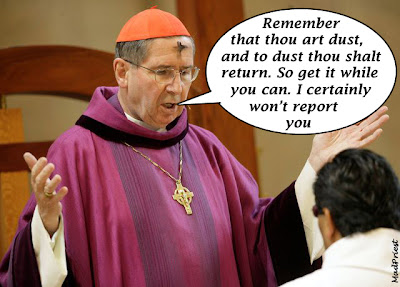