Two granddaughters of Westboro Baptist Church firebrand Fred Phelps have split with the Topeka-based congregation, indicating their views have evolved and they now regret the pain they have caused others.

Steve Drain, a spokesman for the church, said in an interview Wednesday that the sisters had rejected the Lord.

“We can’t control whether or not somebody decides, when they grow up, that they don’t want to be here,” Drain said. “Those two girls were kind of straddling the idea that they wanted to be of the world but that they would also miss their family, the only thing they ever knew. If they continue with the position that they have, those two girls, yeah, they’re going to hell.”

My guess is that they will meet a much nicer and friendlier type of person in hell than they have been used to in the Phelps family compound. 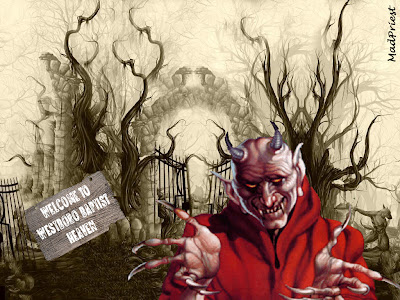