From THE FAIRFIELD CITIZEN: 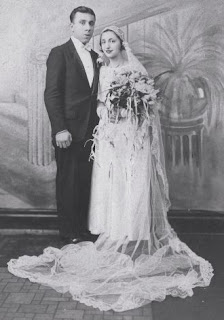 John and Ann Betar weren't supposed to get married. Her father had arranged for her to wed another man, but she and John fled Bridgeport and eloped in New York.

That was more than 80 years ago. The couple is still happily hitched, a fact that has led to their naming as the "longest married couple" in the U.S.

They told the New York Daily News that there are no secrets to a long marriage, only a few simple rules.

"We just live with contentment and we don't live beyond our means," John Betar said. "Just go with the flow."

I'm not going to show Mrs MP this post. Just the thought of another 55 years with me could be enough to drive her over the edge. 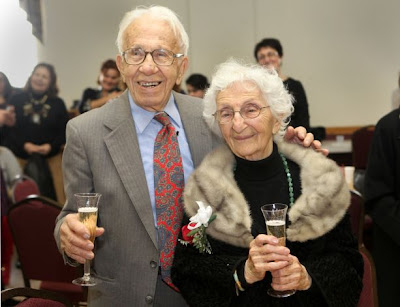