It's been a sad week for me as far as musicians dying is concerned. Firstly, Cecil Womack died. Now, my favourite soul album of all time is "Love Wars" by Womack And Womack. In fact, only a week or so ago I was feeling incredibly old after I realised that the record is thirty years old now. And, yes, it does seem like only yesterday that I was getting on down at a Womack And Womack gig in London put on to promote the album. Then, today, I read on the soul grapevine (the relatives have kept it quiet for some reason) that the great, jazz trumpeter, Donald Byrd, died a week ago. If Donald Byrd didn't invent jazz funk he certainly popularised it and I was one huge jazz funk fan in my youth. So, sadness abounds.

I've cobbled together a musical tribute to the two great men in which I have also included songs by four other black musicians from the golden age of black music who have died in the last month - Liz Lands, Sam Pace from The Esquires, Lou Wilson from Mandrill and Leroy "Sugarfoot" Bonner from The Ohio Players. 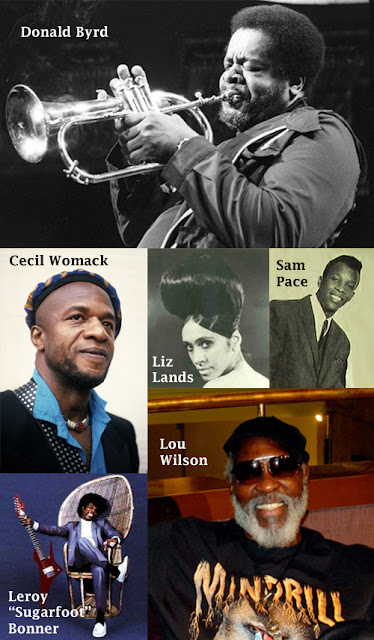 The other great loss this month was Reg Presley from The Troggs. I will be putting together a special tribute to the crazy crop-circle chaser over the weekend.