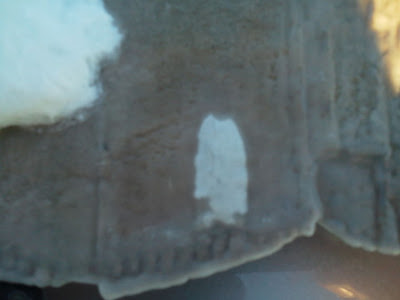 Fred Truluck of Bradenton, Florida, picked up a portion of a beer case because it was fish-shaped. When he flipped it over he saw the image of Jesus.

Truluck said he plans to frame the image and one day pass it down to his children.

Joe Davis, pastor at the Church of the Palms in Sarasota, said, "I don't think God goes and draws his face on a carton of beer. God would rather show his image through the works and love of his people than interact in the world."

It's people like Pastor Joe Davis who take all the fun out of both being Christian and drinking so much that you start imagining that Jesus is on your case of beer.