The pope's minister for the family said the Church was against discrimination of gays but could not support same-sex marriage and praised protests in France opposing measures to legalize it.

"The Catholic Church is against discrimination," said Archbishop Vincenzo Paglia. "But we are also against same-sex marriage. This is not a religious belief, but the natural order of things. We cannot submit to a sick egalitarianism," he said. 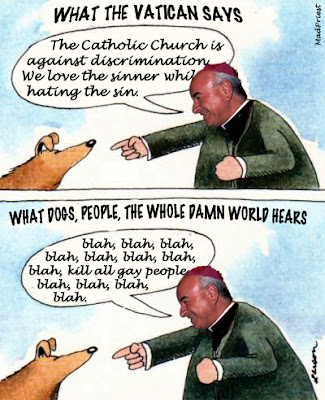