To commemorate World Holocaust Day, the Pope stood
on a balcony at the Vatican, mumbled a few words about
world peace and released a couple of doves. The second
dove to be thrown out of the window was promptly set
upon by a passing seagull which, if its decidedly fascist
behaviour is anything to go by, was probably a member
of the Hitler Youth when it was a chick. 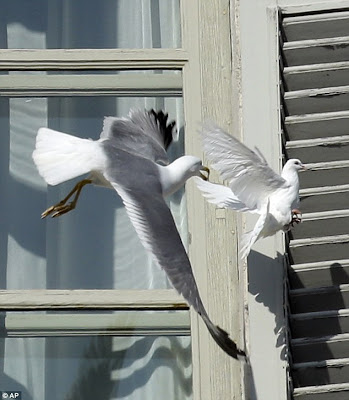 Video and other photographs at THE MAIL.