Heard the latest on the Sandy Hook Elementary School massacre? It didn't happen. The whole thing was a hoax. Truth be told, it was orchestrated by the Obama Administration in an effort to promote gun control and achieve other nefarious objectives.

"You know in your heart that no one could walk into a school and start shooting defenseless little kids," writes Jay Johnson on his website, SandyHookHoax.com. "They are trying to alter mass perception of the human condition, so that people feel insecure and trust only the government to make things safe."

One of the leading advocates of this particular bit of nonsense is a tenured professor at Florida Atlantic University named James Tracy who in the past has also expressed skepticism about the Kennedy assassination and 9/11. At least he conceded bad things may have happened in Newtown, Conn. But he sees something more sinister than just the wholesale slaughter of innocent children.

"As documents relating to the Sandy Hook shooting continue to be assessed and interpreted by independent researchers there is a growing awareness that the media coverage of the massacre of 26 children and adults was intended primarily for public consumption to further larger political ends," he wrote on his blog.

Not to be outdone, James H. Fetzer, an emeritus professor at the University of Minnesota, Duluth, pulls out an age-old conspiracy card: He blames the Jews. "This is what Israel always does, they go after the children," he wrote while suggesting the massacre was a terror ops strike conducted by agents of the Israeli government to strike fear in the hearts of Americans.

Read more crazy stuff about how that black man is out to get the whities at PASEDENA STAR-NEWS. But be warned, this scepticism about conspiracy theories might just be a conspiracy cooked up by Barack Obama and the ghost of Osama Bin Laden to get you to not trust conspiracy theories and so allow alien lizard people to conquer the United States and eat your cats. 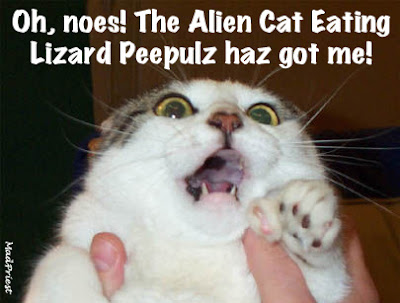