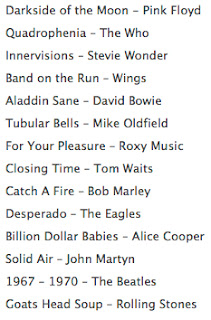 Fourteen albums from forty years ago (1973). They really do not make them like this anymore.

The problem is they release far too many records nowadays, most of which are tediously unoriginal and will sink without trace. They will certainly not be remembered in forty years time. Back in 73, the cost of releasing albums was so high that there were far fewer releases than there are nowadays. And when a major band or a bright new talent released an album it was a big thing.

Also, as culture was nowhere near as segregated as it is today, a wide section of society would at least know about the release of big album even if they would never buy it themselves. My grandmother, in her late seventies at the time, would have known the names of most of the entertainers on this list just as I knew the names of most of the acts that she would have enjoyed when she was my age. This was probably due to the fact that we only had a couple of pop music playing radio stations in England at that time.

Of course, rock 'n' roll was a commodity back then just as it is now. The thing is that most musicians themselves didn't view it that way. If you had told Bryan Ferry that he would be playing the Sage concert hall in Newcastle in 2013 and would be charging his ageing fans £65 for a ticket, arrogant as he was back then, I think he would have cringed at the thought of such a sell-out to the man. Heck, we even had free music festivals back then.

I realise that I will be looking back through rose tinted spectacles, as I realise that there was some real crap released back in 1973. However, I would still challenge anyone to come up with a list of just ten records from last year that will be in the record collections of the teenagers of 2053.

Oh, and 1973 was also the year that The Rocky Horror Show was born. Need I say More? 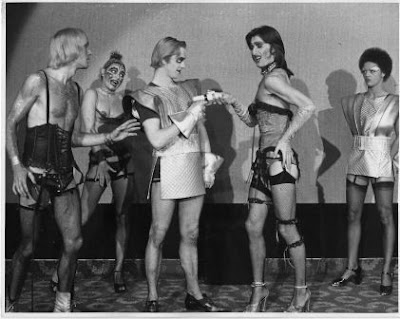