From THIS IS SOMERSET:

The Reverend Richard Lee, of Weston-super-Mare, has been suspended by the Diocese of Bath and Wells following his arrest. Avon and Somerset Police confirmed a 49-year-old man has been charged with eight voyeurism offences and 18 offences of making indecent images. He is due to appear at North Somerset Magistrates' Court on 11 February. 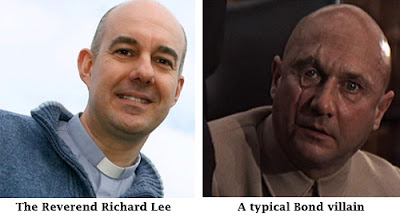