Shotgun-themed weddings continue to boom in the US – despite the tragic shooting at Sandy Hook elementary school that saw a gunman pick off 26 people. The Las Vegas ceremonies are still a hit and organisers The Gun Store insist no weddings have been cancelled in the wake of the incident and bookings are still flooding in. Their £300 package includes an ordained minister, access to a private VIP shooting range and five shots on a shotgun for the bride and groom. Another deal, called the Mr & Mrs Smith & Wesson, offers even more guns, ammunition and targets.

Emily Miller, an ordained minister at the Gun Store, said: “We’re here because people love each other and guns. Guns don’t have to be about anger and hate. This is a fun and energetic way to get out their aggressions and emotions.” 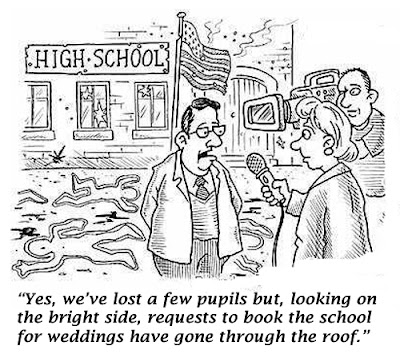