An elderly retired priest who allegedly had his ear bitten off by another clergyman in a brawl over a parking bay says he does not hold a grudge. Father Thomas Smith, 81, is recovering at home after the alleged punch-up earlier this month in a Dianella complex which houses the two men and another retired priest. Father Thomas Henry Byrne appeared in court charged with grievous bodily harm over the incident but is yet to make a plea.

Father Smith spoke this week for the first time about the incident.

"People don't know how this could happen. The archbishop is upset, he's only just arrived from Melbourne."

Police allege that after the brawl Father Byrne told Father Smith to pick up an item on the ground. It was not until Father Smith returned to his unit that he realised the item he had picked up and put in his pocket was his right ear.

"I didn't know it was gone. I just picked it up and took it round to the medical centre," Father Smith said. "It looked like something the cat had eaten. Horrible looking thing." 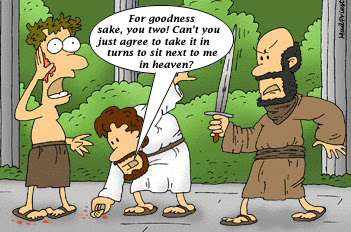