From THE TELEGRAPH (Australia): 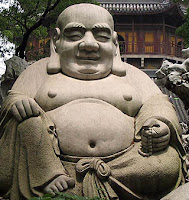 Sri Lanka has announced plans to draw up new guidelines for donating food to the country's Buddhist monks amid concerns about their weight and health. The ministry said the faithful, who offer alms as a religious tradition, tended to give food that was too high in fat and sugar and monks were developing preventable health conditions such as heart disease and diabetes.

"The Medical Research Institute has been asked to prepare menus that could be used for alms givings," the ministry said in a statement, adding that the new guidelines would be issued next month.

Meanwhile, in New York City, the Department of Health has issued guidelines concerning the giving of bags of muffins and doughnuts to local Catholic bishop, Timothy Dolan.

A spokesperson for the authority stated that it was "just the same as not feeding the pigeons. Eventually Mister Dolan will realise nobody is going to feed him and will stop hanging around on the streets bothering pedestrians who just want to go about their business without being bothered by scavengers." 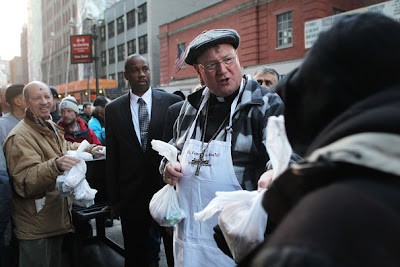