According to author, Lou Baldin, "indisputable evidence shows that Judaism (Israel), the progenitor of both Christianity and Islam, created Christianity as a means of protecting scriptural archives at a time when Rome was attempting to erase all signs of Judaism and its people from the face of the earth."

Baldwin claims that Christianity was created during the Roman siege of Jerusalem by Jews desperate to place their sacred scrolls into the hands and minds of their destroyers, using the same parables and stories that kept Judaism alive for two thousand years before Rome brought Israel to near extermination, in 70 A.D. Baldin emphasises that Judaism faded away and Christianity blossomed as pagan Romans latched onto the one deity concept that was instilled into them by the surviving remnants of Israel, the Christian Jews. 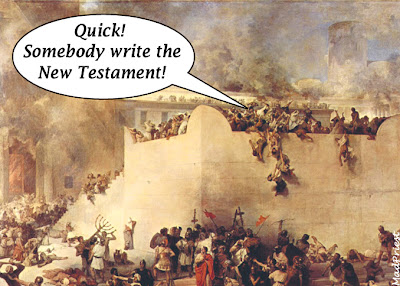