Rev Felix Aubel, who is currently the minister of five Congregational chapels in rural Carmarthenshire, said: “Some people in the Aberaeron and Trelech areas are known to have used ‘poppets’ or effigies to try and bring bad luck to other people. Amongst many cultures throughout the world, a poppet or effigy would be used with very sharp needles stuck into its ‘heart’ as a way of doing evil to an enemy. It was this evil type of poppet that was used on a chapel member of mine in the Aberaeron area in 1994. It took an experienced Anglican exorcist to ‘raise’ this curse, which had been placed by a witch on the instruction of another former church member. The motivation behind this ‘evil’ was envy that had turned into jealousy. Enmity then evolved into paranoid hatred that was exploited financially by a witch living outside Lampeter.”

Dr Aubel writes that he has also encountered a case of the “evil eye” during his ministerial career: “In this instance, a lady who had given birth to a baby boy was apparently ‘wished bad luck’ by the ‘evil glance’ in the eye of a childless spinster neighbour. Both mother and child were subsequently taken ill due to acute breathlessness for no apparent medical reason and had to be hospitalised. The spinster even visited the mother and child in hospital while I was, coincidentally, speaking to them. It became obvious to me that the spinster was praising the baby to its mother in a very ‘false’ and patronising way. Indeed, this is one of the most noticeable characteristics of the utilisation of the ‘evil eye’. Realising this, I asked the spinster to say ‘God bless you’ to the baby, having just said what a beautiful child the mother had. Therewith, the spinster immediately walked away without uttering another word. As a precautionary measure, the mother later placed an amulet, in this case a horseshoe, in the porch of her home in order to protect her baby son and herself from the malevolent effects of the spinster’s ‘evil eye’.”

Dr Aubel states that there seems to be an “unusual connection” between Christianity and witchcraft in some chapel circles: "During the early part of the 20th Century one witch, even on the day she became a chapel member, bewitched a young servant girl working at Gelli Fawr farm. The witch was sitting on a pew behind the servant girl, who rushed out of the chapel and ran wildly about the roads. Her father, having tried every means of pacifying her, went to Cwrt y Cadno to consult Dr Harries, the famous Carmarthenshire wise man. Dr Harries told the father what had happened and even showed him the scene in a mirror. He gave him a piece of paper with some words written on it that the girl had to wear on her breast. This apparently proved sufficient to bring her back to her normal state."

Oh, for goodness sake! If black magic worked there would be a lot of very rich witches around not to mention "old spinsters" shagging young body builders. 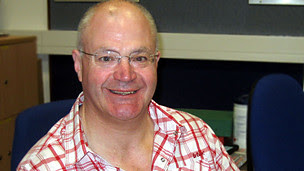