Oh, for goodness sake. This is just getting silly now. The witches in Wales story (see below) was crazy enough but this goes beyond crazy into the realms of complete ga-ga.

Can demons engage in sexual activity with humans? As bizarre as it sounds, those who minister to people in occult bondage say it's more common than you think.

For nearly two decades, Contessa Adams felt as though she had no power against the demonic violators of her body. She felt trapped in secrecy and shame and knew that the demons tormenting her wanted things to stay that way. But God had another agenda for Adams when she found Christ in 1979. The former stripper has a ministry through which she exposes one of Satan's darkest secrets—sexual demons. These spiritual rapists, as Adams describes them, often prey on people by performing sexual acts through nightmares and erotic dreams. Some people become so dependent upon these demonic experiences that they actually look forward to them.

"Anybody that has been attacked by them will tell you ... they're worried [that] they could not find that pleasure with mortal people," says Adams, who claims she was once possessed by sexual demons. 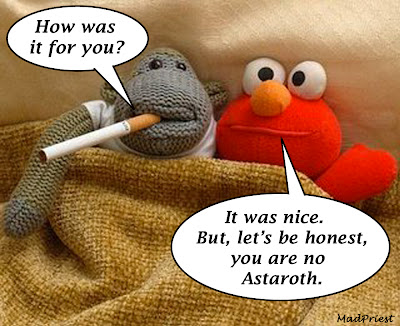