Some inevitable news about one of OCICBW...'s Roman Catholic heroes. You just know that the Vatican's Congregation for the Doctrine of the Faith would have been shouting louder than anybody else that Christ should be crucified if they had been around at the time. The mindset of the upper echelons of the Roman Catholic hierarchy is exactly the same as that of the religious and secular leaders who wanted Christ silenced. Even the reasons they give for their actions are the same. 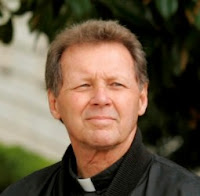 Roy Bourgeois, a longtime peace activist and priest who had come under scrutiny for his support of women's ordination, has been dismissed from the Maryknoll Fathers and Brothers, which he served for 45 years, according to the congregation.

Maryknoll, New York – November 19, 2012 – The Vatican’s Congregation for the Doctrine of the Faith, on October 4, 2012, canonically dismissed Roy Bourgeois from the Catholic Foreign Mission Society of America, also known as the Maryknoll Fathers and Brothers. The decision dispenses the Maryknoll priest from his sacred bonds.

As a priest during 2008, Mr. Bourgeois participated in the invalid ordination of a woman and a simulated Mass in Lexington, Kentucky. With patience, the Holy See and the Maryknoll Society have encouraged his reconciliation with the Catholic Church.

Instead, Mr. Bourgeois chose to campaign against the teachings of the Catholic Church in secular and non-Catholic venues. This was done without the permission of the local U.S. Catholic Bishops and while ignoring the sensitivities of the faithful across the country. Disobedience and preaching against the teaching of the Catholic Church about women’s ordination led to his excommunication, dismissal and laicization. 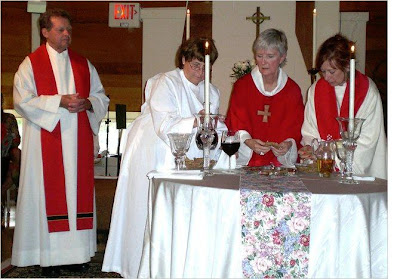