Savita Halappanavar, a 31-year-old dentist living in Galway, was 17 weeks pregnant when she appeared at her University Hospital on Oct. 21, complaining of pain. Doctors there determined that she was miscarrying, but would not remove the fetus because it still had a heartbeat. Her husband, Praveen Halappanavar, told reporters this week that the hospital staff informed the couple that “This is a Catholic country.”

Mr. Praveen who came to Ireland from India, told the staff, “I am neither Irish nor Catholic,” but they said they couldn’t do anything.

“The doctor told us the cervix was fully dilated, amniotic fluid was leaking and unfortunately the baby wouldn’t survive. Savita was really in agony. She was very upset, but she accepted she was losing the baby,” Mr. Halappanavar said.

”When the consultant came on the ward rounds on Monday morning, Savita asked if they could not save the baby could they induce to end the pregnancy. The consultant said, ‘As long as there is a fetal heartbeat we can’t do anything.’”

It was only after the heartbeat stopped on its own that the fetus was removed and Savita was moved to intensive care. She died on Oct. 28 from septicaemia.

Some days I really hate Roman Catholicism. Basically it's a nasty religion which puts on some good shows. We have to ask ourselves, heck, Roman Catholics have to ask themselves, is all its institutional evil worth the shows and the lovely costumes?

This young lady was beautiful.
The small god who killed her is very ugly indeed. 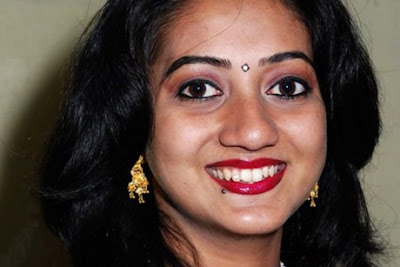