Justin Michael Bennett, jailed on suspicion of arson, shooting and vandalism, targeted strip clubs, Sparks police, a Verdi post office and Reno Fourth Street motels. He wants people to call him a “gangster,” an “assassin” and a “shadow.” He also thinks the labels of “vigilante” or religious “martyr” fits, too.

Bennett said during a Tuesday jailhouse interview with the Reno Gazette-Journal that he chose Christmas to act because it symbolized Jesus’ birthday and would incite the public to pay attention to his message of religious morality.

“People should be home with their families on Christmas and at church, not at the strip clubs,” he said, adding he also wanted to let Fourth Street motel managers know he did not approve of the drug and prostitution activities he believes occurs at their businesses.

However, Bennett also said he was angry at two of the strip clubs he targeted for incidents that allegedly occurred two years ago while he was a customer.

A former Catholic priest accused of molesting boys at a Victorian school told a colleague that "God made us this way and it's his fault."

David Edwin Rapson, 59, is accused of abusing boys between 1973 and 1990, including at the Salesian College Rupertswood in Sunbury where he was a teacher. In a statement tendered on Wednesday, one of the boys alleges he was molested by Rapson in the school infirmary when he was in year 10. The boy said he was in the infirmary because he had been stung by a bee. He alleges there were a number of children in the infirmary at the time and Rapson made each drink a cup of Milo. He said he saw Rapson, whom he called Brother Rapson, going to each bed and lifting up the blankets and making derogatory comments about the boys' penises. He alleges another priest came into to the room and asked Rapson what he was doing.

Rapson replied: "You know what we do here."

To which the other priest said: "You've really got to resist."

Rapson replied: "God made us this way and it's his fault." 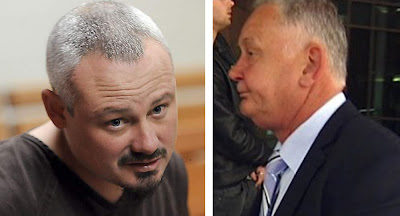