I went to see a consultant psychiatrist this morning, the first mental health profesional I've had contact with since moving to County Durham. Mrs MP has been worried for some time that I might have an underlying mental health problem that preceded my meltdown fifteen years ago and which has remained to this day. I thought that if I could get some sort of exact definition to my "problem" ("other people's problem") it would be easier for me to get a job and some respect. I was rather hoping that I would be diagnosed with something sexy like Asperger's Syndrome so that bishops could score brownie points by going out of their way to accomodate me within the Church. But, no such luck. Apparently I suffer from Obsessive Personality Disorder.

Brilliant. Just brilliant. I have put up with over fifteen years of people misunderstanding and being prejudice about depression, now when I tell them what I live with they are going to immediately think "Hannibal Lector" and probably call security.

The shrink didn't say much about what Obsessive Personality Disorder actually is so I checked it out on the Mind website when I got home. I have to admit, it's a fair cop.

Personality disorder is one of the most misunderstood and stigmatised diagnoses in mental health. The word ‘personality’ refers to the pattern of thoughts, feelings and behaviour that makes each of us the individuals that we are. We don’t always think, feel and behave in exactly the same way. It depends on the situation we are in, the people with us, and many other things. But mostly we do tend to behave in fairly predictable ways, and can be described, accordingly, as shy, selfish, lively, and so on. We each have a set of these patterns, and this set makes up our personality. Generally speaking, personality doesn’t change very much, but it does develop as we go through different experiences in life, and as our circumstances change. We mature with time, and our thinking, feelings and behaviour all change depending on our circumstances. We are usually flexible enough to learn from past experiences and to change our behaviour to cope with life more effectively. However, if you have a personality disorder, you are likely to find this more difficult. Your patterns of thinking, feeling and behaving are more difficult to change and you will have a more limited range of emotions, attitudes and behaviours with which to cope with everyday life. This can lead to distress for you or for other people. If you have a personality disorder, you may find that your beliefs and attitudes are different from most other people’s. They may find your behaviour unusual, unexpected and may find it difficult to spend time with you. This, of course, can make you feel very hurt and insecure; you may end up avoiding the company of others.

The diagnosis applies if you have personality difficulties which affect all aspects of your life, all the time, and make life difficult for you and for those around you. The diagnosis does not include personality changes caused by a life event such as a traumatic incident, or physical injury. Personality disorders can make it difficult for you to start and keep friendships or other relationships, and you may find it hard to work effectively with others. You may find other people very scary, and feel very alienated and alone. 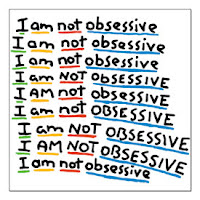 If you are very concerned to keep everything in order and under control this can be a sign of OCPD. You are likely to set unrealistically high standards for yourself and others, and you generally think yours is the best way of making things happen, so you end up feeling responsible for everything. You worry when you or others make mistakes, and expect catastrophes if things aren’t perfect. OCPD is separate from obsessive compulsive disorder (OCD), which describes a form of behaviour rather than a type of personality.

Unfortunately there aren't any local groups for people with a personality disorder (I was hoping that I would be able to meet up with "likeminded" people and have some sort of social life). The best the shrinks can offer me is therapy designed to help me ape the social niceties of normal people. I might take him up on this but at the moment I feel inclined not to. Much as I hate the poverty and loneliness of being exiled from society I am actually quite fond of my high ideals and insistence on telling the truth. Anyway, why should I have to pretend to be someone I am not just so normal people don't have to go out of their way to understand people different from themselves. Social conventions are not absolutes. They are inventions. Telling me I have a disorder because my conventions are different to your conventions is rude and arrogant if you ask me. My personality happens to give me a set of skills most normal people do not possess. I could be employed for who I am. But, no. I will either be pushed out so that people can pretend I don't exist (which is what has happened so far) or I will be counselled by friends (with only my best interests at heart) to accept the reality of the world around me and learn to pretend, to lie basically, when I come into contact with other people. Which is like forcing a left handed person to write with his right hand but even more sinister. 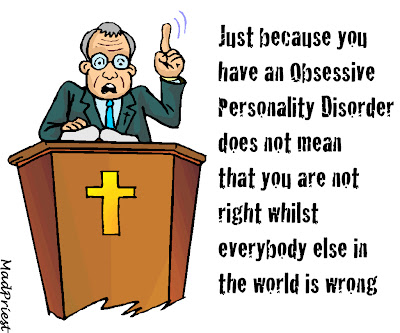